iPhone 6S Vs iPhone 7: Is It A Worthy Apple Upgrade? 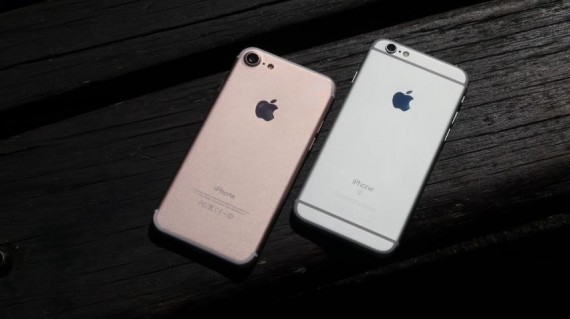 The iPhone 7 has been out for a couple of months, so if you're looking for a shiny new iPhone, you need to STOP! Settle down and don't make any actions just yet. You need to read this to be able to consider all your options before you buy yourself your very own iPhone. (Photo : SuperSaf TV )

The iPhone 7 has been out for a couple of months, so if you're looking for a shiny new iPhone, you need to STOP! Settle down and don't make any actions just yet. You need to read this to be able to consider all your options before you buy yourself your very own iPhone.

Think before you leap

Just because Apple has a brand new iPhone model on sale, doesn't necessarily mean it's going to be the right one for you. It might be more than a year old, but the iPhone 6S has been given a considerable price cut, and with more than $600 of your own cash at risk, you'd feel a bit foolish jumping into conclusions right away and dropping the money only to regret it at the end. Here is a comparison check on which one is best for you, the newer iPhone 7, or the much cheaper iPhone 6S.

Similarities and the differences

Those heavily expecting a radical redesign have been left a little disappointed. The iPhone 7, which officially released back in September, boasts only some minor design updates compared to last year's model, at least on a visual standpoint. This is sure to disappoint a lot of people. After all, what's the point of buying a new phone when your mates won't even notice? But then again, the 7 has these quirky hardware upgrades like now being waterproof enough to be dropped down the toilet without worry.

iPhone 6S is one of the best-looking phones

Sure, the iPhone 6S might have already repeated the design of the 2014-released iPhone 6, but why is that even an issue? Without a doubt, it's still one of the better-looking smartphones available today. With that being said, the iPhone 7 has only taken a design classic and made it look just that little bit more enticing.

The Old and the New are all the same

While most of us are happy to lean towards a safer handset design, screen quality is a particular area where Apple really needs to improve. Sadly, it hasn't done much in this regard. The iPhone 6S features a 4.7-inch Retina display along with a 1334 x 750-pixel resolution. The same goes for the iPhone 7. While this might sound quite high, it is fairly low when compared with the 2560 x 1440 pixel QHD panels featured on the likes of the Samsung Galaxy S7 and HTC 10. The iPhone 7 looks set to move things with the adoption of the newly announced, extra-tough Gorilla Glass 5, which will make dropping your unit a little less of a scare.

With all things, it's pretty clear that the iPhone 7 isn't the biggest update in Apple history. It offers just enough to get you excited to commit to an upgrade. But if you truly want an upgrade, it's safe to save your money for next year's iPhone 8, which was rumored to be a revolutionary iPhone, to say the least. If you already got an iPhone 6S, you're better off sticking with it than investing a significant sum on a phone with minor improvements.