Fitbit Just Acquired Pebble: The Next Possible Tech Acquisitions You Should Be Aware Of In 2017 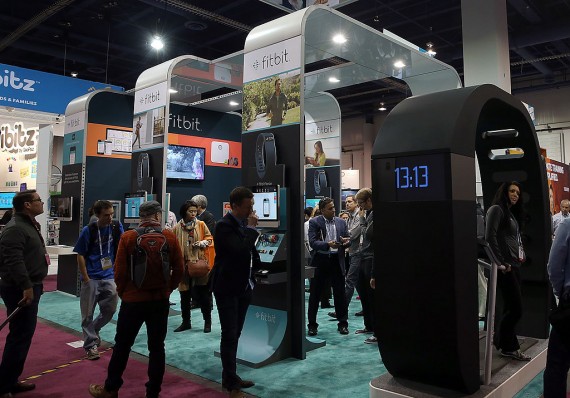 Fitbit company just bought Pebble for $34 million and $40 million. And everything went as tech acquisitions usually ends; pegged as another one of those cases where the company being bought cancels its entire production and customers are totally left alone, the opportunity to buy new products has ceased.

Pebble didn't make a bad decision accepting the acquisition, but this kind of ending doesn't correspond to the customer´s loyalty to the brand, and it doesn't correspond to the fact that this was the company that pioneered wrist-based notifications before Apple and many others waded into the smartwatch space. As you can see, Fitbit and Pebble´s issue represents the scene in which a millionaire deal turn a historical company into a tech dinosaur that would probably be forgotten extremely fast, because unfortunately, that´s how business works.

This kind of deals is never good for the public, and far from being a situation that happens from time to time, right now a tech company acquisition is happening almost at every single moment, with different and unpredictable results for the parties involved in the deal. In the case, you didn't know these are the most important tech acquisitions that could happen next year.

Of course, checking the Netflix´s numbers it would be impossible to think that this company would be part of one of the tech acquisitions that will occur in 2017, especially when you know that it has a market value of $50 billion. However, the problem with this entertainment company is its spending on content, which is ramping up so much that it could reach the $6 billion next year, or even more.

Naturally, this is a terrible scenario that radically changes the panorama, even if Netflix´s CEO Reed Hastings says that he doesn't want to sell the company, considering that this kind of spending usually represents such a huge setback that most of the time, the only option ends up being to accept an acquisition.

Obviously, if this situation happens the other character in this history will have to be a multi-billionaire company with the enough financial power to make this kind of deal without any problem. These companies could be Disney, Google or Apple, which would increase its power by much if a deal with Netflix is done, which would turn this buying as one of the most important tech acquisitions in the history.

Slack Would Probably Be Acquired Next Year

Many consider the enterprise chatting software Slack as one of those cases of a little company that becomes important enough to keep its independence for a while and then be sold for a high price to a major company. Naturally, there are cases of companies that ends up increasing its power and running alone as Snapchat, but this one doesn't seem to follow the same road.

This could probably be one of the tech acquisitions you should be aware of next year, but the peculiar thing is that many people said the same statement in 2015, assuring that Slack will probably sell out. Far from getting sold at that time, the company managed to continue its path and actually turned down a lot of acquisitions offers, to the point in which its CEO Steward Butterfield said that he would consider this deal if someone offers him $100 billion. However, it is very unlikely that the enterprise chatting software doesn't get acquired in 2017, and many believe that companies as IBM or Oracle could be the potential buyers.

As I explained in a previous article, Twitter has been running through a downward spiral since many years, to the point in which the company has lost more than $2 billion since it was founded, and the executive board is willing to sell the company so this situation could stop for good. Although many major players as Google or Disney was reported to be interested in an acquisition, both companies walked away from any kind of deal since the social media has presented a concerning leak of users that hasn't stopped so far.

Naturally, no one is willing to buy a social media that have this problem -in addition to the fact that it doesn't have many much users as Instagram or Facebook- but Twitter is working hard on increasing its numbers in order to achieve one of these two things: continue its independence and become an important player again, or being sold to major company.

The most delicate issue about this scenario is that both options have its key players: Twitter´s CEO and Co-founder Jack Dorsey wants to keep the independence, while those who wants to make Twitter one of the most incredible techs acquisitions are the executive board members, which means that the head of the company is having a war, while at the same time are working together to achieve a goal that could end in two different outcomes.

This way, Google is extending its features and services to the customers, which could be a necessary emergency measure for some people, and the best way to know the person´s whereabouts if an incident happens.

Because of the Note 7 explosions, there has been many people who have suffered physical and psychological damages, and demand the South Korean company a better compensation as a response to these issues.

It was reported that Microsoft´s Home Hub would be a voice-integrated speaker, which already created a lot of expectations in some users, since this would be an amazing product that everyone would love to have.