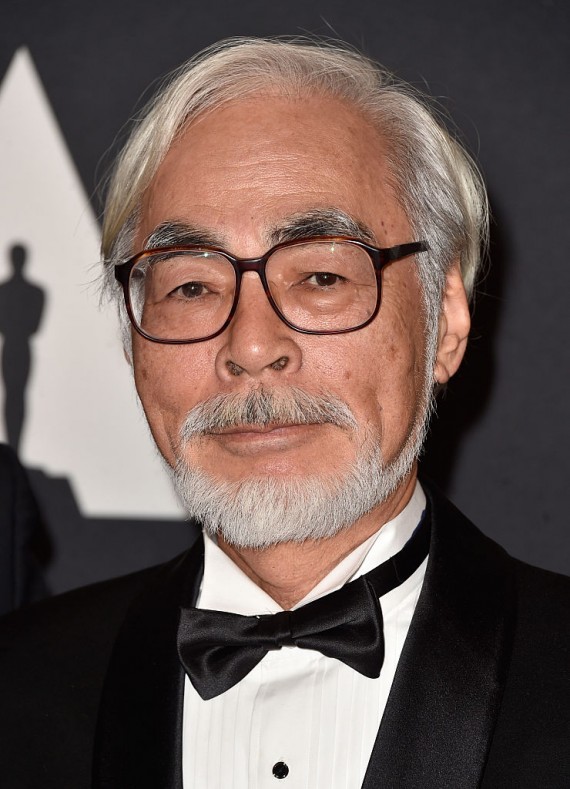 Studio Ghibli finally released details about the upcoming new project created by Hayao Miyazaki. “Boro The Caterpillar” will finally be open to the public soon. Meanwhile, one producer of Studio Ghibli has dished out that the studio is working on something to release soon.

Just recently, Studio Ghibli producer Toshio Suzuki has revealed that “Boro The Caterpillar”, otherwise known as “Kemushi no Boro” will be completed in Spring 2017. After its completion, the short film is planned for release sometime in June or July of the same year. The said short animated film created by Hayao Miyazaki, will be available for exclusive screening at the Studio Ghibli Musem located in Mitaka, Tokyo.

Aside from “Boro the Caterpillar”, the 2002 short film from the same studio, “Mei and the Kittenbus”, also known as “Mei to Koneko Bus” will also be available for viewing again. Several fans are anticipating the release of Hayao Miyazaki’s latest work since it has been a while since the last time he released anything new. In light of this, he has also revealed that he actually wants to upgrade the short film into a full-length production. He has already submitted the proposal to the Studio and has been already working on it despite not getting the go signal yet.

“Boro the Caterpillar” is a simple film that focuses on the life and adventures of a tiny caterpillar. Though it sounds simple, Hayao Miyazaki has actually been working on the said animated production for 20 years. It is also his first attempt at computer graphic animation and the director has admitted that he was having a hard time adjusting to it.

The brainstorming for “Boro the Caterpillar” dates way back before the studio started on the production of “Princess Mononoke”. The latter film is one of Studio Ghibli’s most memorable and most successful animated film of all time. As a matter of fact, to celebrate the 20th anniversary of “Princess Mononoke”, the said film will be returning to cinemas in the United States next year. The English-dubbed version of the movie is set for screening on Jan. 5 and Jan. 9. Both screenings will be accompanied by “On Your Mark”, a music video directed by Hayao Miyazaki and released in 1995.

The Studio Ghibli producer has also revealed that Hayao Miyazaki is working on a new animation project, which will be created through traditional art. With his upcoming birthday and the planned release date for the said project, Hayao Miyazaki has expressed some concerns. The undisclosed project is set to release in 2019 and the creator, who turns 76 next year, hopes that he will finish it on time. He did voice out though that he would feel better dying in the middle of production than to leave without doing nothing.

The latest films that Hayao Miyazaki worked on were “The Wind Rises” and “The Kingdom of Dreams and Madness”, which were both released in 2013. He directed and wrote the screenplay for “The Wind Rises” while he starred alongside fellow Studio Ghibli filmmakers Toshio Suzuki and Isao Takahata in the documentary film, “The Kingdom of Dreams and Madness”. If Studio Ghibli greenlights “Boro The Caterpillar” as a full-length feature film then it will most likely be the undisclosed project they are planning to release in 2019.

Makoto Shinkai Hailed As The New Hayao Miyazaki? Funimation Gears ‘Your Name’ For An Oscars Nomination

Many have claimed that Makoto Shinkai is the new Hayao Miyazaki as "Your Name" is preparing for an Oscars nomination. Check out details here!

Studio Ghibli's rare gem of a movie, "Ocean Waves" will be making its theatrical premiere in North America soon. Find out when and read about Hayao Miyazaki's concern regarding AI-driven animation.