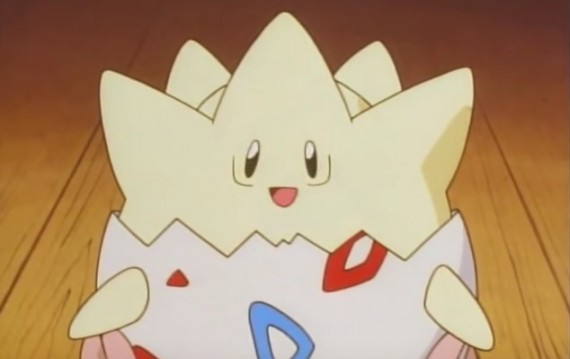 It is widely believed that Pokemon GO Generation 2 is arriving really really soon. This comes from a bunch of dataminers discovering the code for the 100 new monsters. As of now, Niantic may just have to flip the switch to on. More so, the developers teased new creatures coming to the mobile game. However, there's reason to believe that we won't see Gen 2 in a few weeks.

Generation 1 consists of 151 Pokemon, but in Pokemon GO, we can only catch 142 (not including region-locked monsters) Ditto is the newest addition, but legendaries are still missing. When are we getting the chance to catch Articuno, Zapdos and Moltres?

The answer may be in just a few days. According to Forbes, Niantic and The Pokemon Company are brewing up an announcement for Dec. 12 "about the addition of more Pokémon to Pokémon GO, one of the most popular mobile games of the year."

Will we finally see the ones that haven't been released to the wild yet? It's unknown, but it's more likely than having a new batch of Pokemon. It makes more sense if they would release the full Generation 1 roster first before moving on to Gen 2.

There's No Code For New Moves Yet

The code for the Generation 2 Pokemon is ready, but dataminers can't seem to find new moves yet. The arrival of a hundred more creatures would have to be accompanied with their corresponding movesets, but still Niantic has not updated the code to include them.

It's possible that we won't be getting new abilities soon, so the new Pokemon would only have the ones already in the code. However, it's highly unlikely, isn't it? Pokemon GO having Johto creatures without Aeroblast, False Swipe or Iron Tail? Nah.

We May Get Shinies Instead

Along with the Gen 2 Pokemon, dataminers have another interesting find: Shiny Pokemon. For those new to the franchise, these are creatures with alternate colors. So if you find a not-so-yellow Pikachu, then it is a Shiny.

This also presents another possibility that instead of getting an entirely new batch, Niantic may opt to release Shinies instead. This would lure in the players that Pokemon GO has previously lost. It should give another reason to boot up the game and look for unusually-colored monsters.

So, what do you think, trainers? Will Niantic announce legendaries, Shinies or Gen 2 on Dec. 12? In my opinion, the whole Pokemon Gold and Silver roster is not coming until next year. But what do I know, right? Niantic could totally surprise us by releasing ALL this December. I wouldn't count on that, though.

Pokemon Sun And Moon Update: How To Download Mythical Pokemon Magearna In First Ever Event

Magearna is going live today in Pokemon Sun and Moon's first event. Here's how to download the Mythical Pokemon.

Pokemon GO Update: Everything We Know About Ditto So Far

Ditto just arrived, reigniting the Pokemon GO craze worldwide. Here's everything you need to know about the pink blob so far.

You'll encounter several Ultra Beasts in Pokemon Sun and Moon. Want to catch them? Here's how to start the quests.