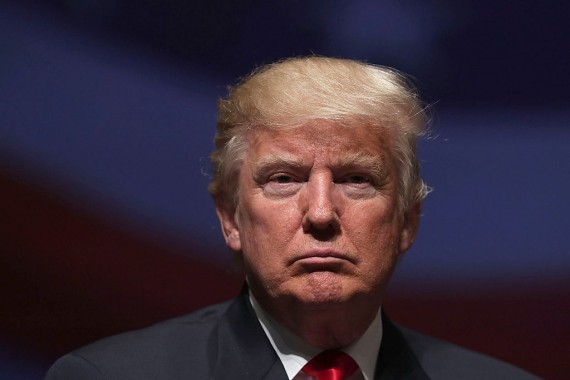 Cyber threats have become one of the most delicate issues in the U.S. since there has been many of these operations that have targeted not only major companies as Twitter or Netflix, but also the White House and the DNC. Since Donald Trump was elected as the new president, cyber security has been the field in which he has showed its biggest ignorance, to the point in which many believes that under his period in the government, America could live one of its worst moments in this area. In order to overcome avoid this to happen and protect the U.S. from cyber threats, here are possible plans that the president-elect could have.

Choosing the Best Cybersecurity Adviser Is Priority Number One

Although Donald Trump has an incredible amount of details that can be criticized, the thing about cyber security is more about how has shown his ignorance on the topic more than the ignorance itself, because obviously, he will not have the proper knowledge in many different issues that he must be aware of being president.

Giving this situation, the most important move he must do is to pick the best adviser in this field, considering that he´s probably going to be the one who takes real actions to fight cyber threats, and Trump will only be the one to sign the papers and take the credit. And this is not because of he´s Donald Trump, this is something that even Bill Gates would have to do if he became the U.S. chief of state.

Some weeks ago, it was reported that people as Rudolph Giuliani or John McAffe could be some of the candidates that would take this position. While one is known for his job as the major in New York, the other is a cyber security expert who the hackers group Anonymous endorsed him and said that he should be the guy in charge.

However, Donald Trump chose some days ago the former military intelligence leader Michael Flynn to be the national security adviser, a strong position in the government that could also occupy the cyber security area, although is not a 100 percent sure. Nevertheless, if Flynn´s leadership also extends to this field, it is possible that the U.S. position against cyber threats would be more aggressive than ever, since he´s characterized not only for being the co-founder of consulting firm Flynn Intel Group, but also for having very concrete view on cybersecurity: is better to attack than defend.

Of course, this has been one of the most controversial plans that Donald Trump have revealed about protecting the U.S. against any form of cyber threats, considering that hackers are not seen precisely as boy scouts. However, the truth is that many important companies and agencies have these people as workers, and their capacity for this kind of jobs has been more than great so far.

In fact, it has been known that many of the persons who participated in the Stuxnet worm attack to the Iranian Nuclear Facilities were regular hackers. In fact, some of them even were what is usually called "geeks", having Lego constructions next to the computer in which they were doing the operations, and that kind of weird things.

In order to make this possible, Donald Trump will have to avoid that these hackers go to the private sector, which has the main attractiveness of offering much more money. In fact, this has been one of the main problems that many agencies has faced since hackers are more likely to go working for tech companies or general industries. However, this is the field in which Donald Trump have to take advantage of his knowledge and make hackers to work for the government.

Working With China To Fight Against Cyber Threats

This is probably the most controversial decision that Donald Trump could make in order to protect the U.S. from cyber threats, giving the fact that his stance on China´s position in cyber security is skeptical, to say the least. Four years ago, the president-elect wrote on Twitter that the Chinese were hacking White House´s computers, and he said during a debate with Hillary Clinton that China could be the one behind the DNC hack instead of Russia.

Getting to this point, the fact that the Chinese government had offered Trump cooperation against cyber threats, represents a very delicate situation for the president-elect, considering the political and diplomatic consequences that each of the possible answers to this proposition could have for the republican

In fact, many believes that this would ironically mean one of the biggest cyber threats that the U.S. could suffer, since there are people who assure that a cooperation between the two nations in this area would mean the risk of letting the enemy come inside, considering that the fear of Chinese spies have been so famous that even Huawei was framed by this suspicious. The thing is that if these people are wrong and Trump accepts the proposition, cyber security would get stronger than ever counting with Chinese help.

No matter how his government ended up being, Donald Trump will always be remembered as one of the most controversial U.S. presidents of all times, just as Richard Nixon or Bill Clinton.

Donald Trump previously said that he won the election thanks to social media networks as Facebook and Twitter, and the way he used it to get people talk about him.

The non-profit organization was able to get the emails thanks to hacktivist group Redhack, which previously published many emails from Erdogan´s son-in-law, but were later deleted from the internet by the government.