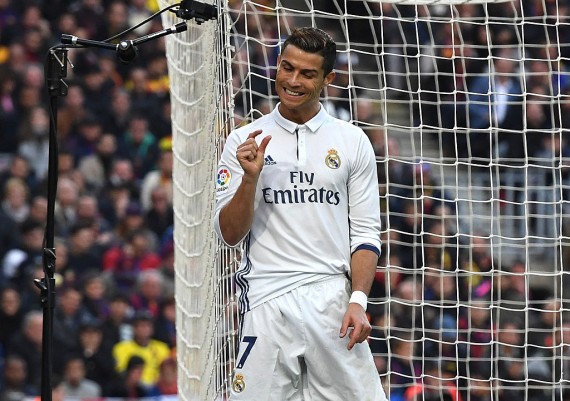 In the case that you´re one of those people that doesn't watch sports, or TV, or doesn't have any social media or even internet, and doesn't know who Cristiano Ronaldo is, this guy is one of the most incredible football players in the history, and top-scorer in Real Madrid history, which is more than enough to becoming a living legend.

Of every single detail that you can find about this extraordinary striker, one of the few that remains unknown for many people is his relation with technology, since far from being those footballers that don't want anything to do with this field, he´s also had his particular role with it. Here are his craziest tech facts.

Cristiano Ronaldo Is The Brand Ambassador Of The Chinese Smartphone Nubia

Just like any other major sports celebrity, Cristiano Ronaldo is characterized by having almost every day important offers of becoming the image of important brands of any kind, whether t-shirts, video games consoles, soft drinks, sports shoes or even computers. Naturally, the Real Madrid superstar is not precisely a rookie in this issue, but what no one expected is that he actually became the brand ambassador of the Chinese smartphone Nubia.

In fact, the Portuguese striker is the official image of the Z11 Max, which even when it represents an incredible honor by having practically our own smartphone, was also a risky move since the brand is not China´s giant Huawei or even the OnePlus, which mean that Cristiano Ronaldo´s mobile device could suffer the huge problem of not meeting expectations.

Unfortunately, this is precisely what happened since the smartphone lacked a good software experience, which turns Cristiano Ronaldo´s experience as the ambassador of this brand just a lucrative journey without the glory he´s used to. Just like playing on a millionaire league where there is nothing important to play for.

When he´s not scoring an inhuman amount of goals with Real Madrid, Cristiano Ronaldo spend his time with his family and invest his money in many business, which is always a detail that everyone likes to know about football players, giving the fact that there´s always some kind of mystery towards sport celebrities financial issues.

When you take a look at the business in which Cristiano Ronaldo has invested his money, you will find that he actually spend an undisclosed amount of it to the Portuguese app Mobitto, which is very similar to Foursquare: an app that allows you to create teams and get awarded by interacting with many local businesses.

Although this is not precisely the most famous company in the world, Mobitto has been characterized for aiming to improve the way people interact and engage with famous brands, empowering customers to create their own loyalty club by making business. Do you remember that Cristiano Ronaldo missed a penalty against Barcelona when he was playing with Manchester United? Let´s say that everybody forgot that episode, just as everybody forgot about Mobitto and the company some kind of ghost.

As it was stated in a previous article, there´s a lot of Japanese tech products that are so extremely bizarre that it is impossible not to look at it and think what the hell is going on. Of course, the companies that release these strange devices usually hire a celebrity to become the image of the product and make it being as successful as possible.

This is exactly what happened with Real Madrid´s top-scorer Cristiano Ronaldo, who accepted an offer to be the image of a rare facial workout device whose main goal was to provide customers a smile similar as he´s. The thing about this product called Facial Fitness Pao, is that anyone who used it has to nod excitedly while bitting down on a ball.

Things actually escalated even more since this product also had a commercial in which Cristiano Ronaldo obviously appeared, and just as his team knew that he was getting into an extremely rare situation, he just didn't use the Facial Fitness Pao. In fact, he just played with it a little while and passed it to other unlucky people who had to use it.

Samsung J5: The Most Underrated Smartphone In 2016?

Although this budget smartphone doesn't have the popularity of the Moto G series, it offers a lot of great features by a very affordable price. Not even the Samsung´s PR team knows this phone.

Samsung is offering a 3-month return period for early adopters with a full refund without any questions asked.

HTC U Ultra Review: Does It Really Have A Horrible Design?

Though the U Ultra is a large, thick and powerful premium device, the phone itself appears to have some wasted space in its design.