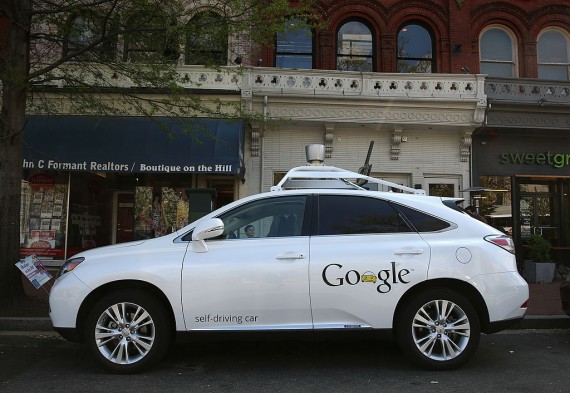 From research and testing, Google's autonomous car project goes to business, getting closer to be launched on the market.

According to Computerworld, Google has reorganized its self-driving car project under a new department called Waymo. This new group emerged as a new business under the Alphabet umbrella.

Up to date, Google has been a key player in researching autonomous vehicle technology. The company has been testing for millions of miles its autonomous cars on highways and city streets.

The new move shows that the autonomous car effort is taken to the next level by Google parent company Alphabet. The news was announced in a blog post on Tuesday, Dec. 13, by John Krafcik, CEO of Google's Self-Driving Car Project.

Krafcik wrote in the blog post that Google prototypes have spent the equivalent of around 300 years of driving time on the road since 2009. The company has led the industry to a place where a self-driven future has become a certainty and now it's taking a next big step by creating a new Alphabet business called Waymo.

According to Krafcik, Waymo stands for a new way forward in mobility. The new business will operate under the Alphabet umbrella, much like Nest Labs, Google Fiber, GoogleX and Google.

Krafcik also wrote that, as a self-driving company, Waymo has the mission to make it easy and safe for "people and things to move around." The group believes that the self-driving technology will reshape the way that motor vehicles travel every year, with more accessible, more efficient and safer forms of transport.

Aside of developing personal autonomous vehicles, Waymo will also work on developing other types of vehicles, such as buses and delivery trucks. Krafcik wrote that autonomous driving technology could be useful in the long term in some "ways the world has yet to imagine." This emerging new industry has the potential of creating many new types of jobs, products, and services.

By moving its self-driving car project from research to the status of a full-fledged business, Google signals that the advancement of the autonomous driving technology has hit a critical stage and it is close to being productized. According to Patrick Moorhead, an analyst with Moor Insights & Strategy, tech experts expect that in three years we will have on the market a car with Google self-driving capabilities. However, Moorhead said Waymo is still behind self-driving vehicle competitors like Tesla and BMW.

But other tech analysts, including Ezra Gottheil from Technology Business Research, consider that going from a research project to a business unit can be seen more of a "ceremonial recognition." There is still much to accomplish before this can become a profitable business, including research, milestones, business plans and budgets. In Gottheil's estimation, a car with Alphabet's autonomous technology will come on the market not earlier than five years.

Some market analysts believe that Alphabet is unlikely to get into the vehicle manufacturing business. The company will likely license its Waymo technology to auto manufacturer partners.

According to Tech Crunch, Krafcik said that Waymo is currently putting next generation sensor load outs in the Chrysler Pacifica, after announcing earlier this year a 100-car pilot project in partnership with Fiat Chrysler. Bloomberg reported that Waymo will also team up with Chrysler for a ride-sharing service deployment.

Its Google Autonomous Car's Turn To Be Involved In Serious Crash

Google's driverless car has been involved in a road accident.

A coalition of companies including Google, Ford, Volvo, Lyft and Uber will activate to promote self-driving cars.

The Future Of Driverless Cars

Self-driving cars might populate public roads by the year 2020.