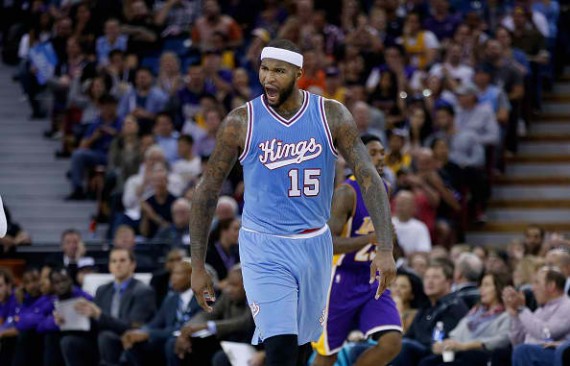 The unofficial trade season is already here and the switch and swap of players among teams will already begin. Since the 2016-2017 regular season started in October, there were already countless NBA trade rumors that teased the possible moves we are about to see this December. Expect though for more speculations as the league approaches its February 2017 trade deadline.

As the season moves slowly towards the playoffs, countless rumors are pounding several NBA teams and the Boston Celtics received not less than ten suggestions since October. The Celtics started off at the upper five at the Eastern Con but are now sitting a step short ending up on the sixth spot as of late. Their chance at the playoffs though is still high but observers can say this team has several issues to work on if they don't like to see the Piston, the Pacers or the Hawks overtaking them in terms of the East Con standing.

Speculations have it that the Celtics are in need of additional rim protectors and rebounders before the season enters the playoffs. Since last season, the Celtics have been lacking true rim protectors. Lay-ups and dunks are probably the most effective shots in the league and for a defending team, guarding the rim won't allow most players to make these shots.

Coach Brad Steven might have put up a potential unmatchable lineup through Avery Bradley, Marcus Smart, Jae Crowder, Jaylen Brown and Al Horford for this season. Yet even with this strong defense lineup, rim protectors for the Celtics are still a must and leave other teams with zero chance at the basket in a game against them.

Some enthusiasts might suggest Horford fit or the role, but the 30-year-old superstar is not exactly that type of player. The biggest names and the literally super big men in league are then being linked to the team but are they really the man that the Celtics need?

There are over a hundred players now eligible for trading but it seems that those who are not free are the targets of the latest NBA trade rumors. Anthony Davis, DeMarcus Cousins, Andrew Bogut, and even Nerlens Noel, Serge Ibaka and Omer Asik are constantly being mentioned in the recent Celtics trade reports. Not all of them may be premiere in protecting the rim but what the Celtics need is certainly among the ones mentioned.

There should be no argument when Anthony Davis' talent is being talked about. He is one of the young players in the league who is making it big in his career. Although his team may be pulling his superstar mode downwards, his athleticism still stands out. Davis is good in defense. With his towering height and his speedy moves, it is obvious why he is effective at defense strategy. As for rim protection though, he might not be the first to be mentioned.

Andrew Bogut, on the other hand, is a better rim protector. He actually is one of the elite rim protectors in the league. However, if the Celtics are to acquire him from the Mavericks, the team would want to keep him healthy as his age makes him more vulnerable to injuries.

A better option then is DeMarcus Cousins. This Kings center is good at bullying everyone inside the court. Although he is hard to analyze at rim protection, his numbers reflect that he definitely has a future in such strategy. He was judged by NBA.com last season with 50.4 percent at the rim but this season he is only recording 42.4. The difference there says his role at the rim is not consistent but reaching a 50.4 percent clearly states that he can be a superior rim protector.

If the Celtics then have to choose between Bogut and Cousins, there will only be two factors to determine who the team should really sign this season. The former has already nailed his reputation at protecting the rim while the latter is aiming for more consistent records. However, Cousins has more advantages with his age and his intimidating presence inside the court.

Who among these players will we see the Celtics ink a contract with before the trade deadline? That we still have to see.

Anthony Davis of the New Orleans Pelicans is once again being speculated to make a move before the February trade deadline. He is rumored to head to the OKC Thunder to join another superstar, Russell Westbrook.

NBA's most hyped trade rumor last week involved Paul George of the Indiana Pacers. The rumor claimed that the small forward will head to the Pistons in exchange of three rookies. However, both the Pacers and the Pistons were quick to debunk the rumor saying that there will be no trade between the rival teams this season.