Super Mario Run Full Guide: Everything You Need To Know 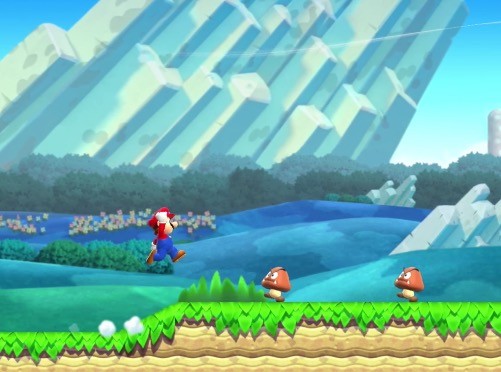 Super Mario Run has shown some impressive first week sales yet a lot of people still express their disappointment about the game. (Photo : Nintendo Mobile/YouTube)

Nintendo's first venture into mobile gaming is finally live. Named Super Mario Run, the game costs $9.99 on the iOS App Store. Unfortunately, Android users get to join in on the fun next year. The mobile game is the same as its predecessor, yet different. How different? Read on to find out everything you need to know about Super Mario Run.

First off, you need to have a constant internet connection to play the game. It's a bit of a controversy, but that aside, there are a few important things you need to know. You can't actively control Mario like the usual platformer game of our childhood. The character just automatically runs non-stop, but you can control his jumps or take him to a different direction (not backwards, though!).

As demonstrated by Shigeru Miyamoto, you can play the game using one hand while eating a cake using the other. Since Mario runs in a straight line and there are a few controls, one hand seems just right. Jumping, sliding and wall jumping are pretty much the only things you can do.

Super Mario Run should immediately feel familiar as there are your typical blocks, Goombas, pipes and coins. However, Miyamoto made sure that we also experience something new. The mobile game brings three modes: World Tour, Toad Rally and Kingdom Builder.

World Tour is the most familiar one as it features the typical Super Mario world. The goal is to get to the other side, where the iconic flagpole is, in one piece. You would want to repeat the same level three times as minimum to collect everything you need to.

Toad Rally is sort of a PvP, but not really. You will be racing against an opponent, but not in real time. The goal is to finish with the higher score so it's not just about getting to the flagpole the fastest. You can get the feel of racing since you will see the "ghost" of your opponent racing along with you, which is really just a replay of their fastest time.

Lastly, Kingdom Builder is just what you'd expect. The game mode allows you to create your very own Super Mario Kingdom with items you can buy using the coins you collect. You can buy buildings, decors and more, some of which will unlock bonus games or other playable characters. The population dictates which items you can buy. You can get inhabitants by winning Toad Rally courses.

You will also encounter Arrow Blocks. If you jump while standing on one, the direction of your jump will be reversed. Utilize them to get to a ledge you've just passed by. Another way you can go back is by using Bubbles. You can collect them from boxes with question marks. Bubbles take you backwards a bit and also save you from falling.

If you see a red box with the pause icon, then it's obviously a Pause Block. Standing on it stops Mario from running, allowing you to survey the path ahead of you for a while. Other items such as Stars and Super Mushrooms give Mario a boost. The former makes the plumber invulnerable while sucking in nearby coins while the latter gets you Mario's bigger Super form that can break bricks.

There are a total of 24 levels, four of which can be played for free. Levels may have different paths with differing number of coins. Some paths offer more coins than the others, so choose carefully.

So have you purchased Super Mario Run yet? Tell us in the comments below if it's worth $9.99 (please do, I still can't decide).

Most Anticipated Games This December

Let's see what the biggest titles December has for us, shall we?

Bandai Namco is bringing their games, new and old, to Nintendo Switch.

Following the release of Super Mario Run on Android, Nintendo announced that they are giving daily log-in bonus for two weeks span.

Super Mario Run gets an earlier release date on Android as the game is now available on Google's popular platform.

Nintendo will be releasing a brand new patch for iOS version of Super Mario Run.

Finally, Super Mario Run Will Be Available For Android Users