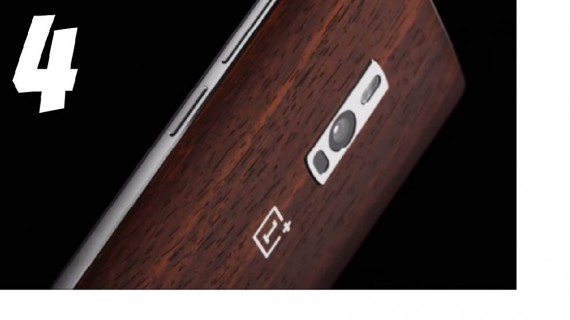 The Chinese smartphones have started to dominate the global market within a couple of years. With mobile devices that have been characterized for offering almost the same as the ones of the greatest brands, but at such a cheap price that it's almost irrational not to buy them. Next year is likely to be the best moment for these phones since many of them are expected to arrive at the U.S. market and conquer new customers. The highly-anticipated Chinese smartphones are the Xiaomi Mi 6, the Oppo Find 9 and the OnePlus 4. Here´s what we know so far about these devices.

Xiaomi Mi 6: One Of The Best Upcoming Chinese Smartphones

Rather than other companies, Xiaomi is the well-known for always delivering back to back quality smartphones at a much affordable price than any other manufacturers like Apple, Samsung, or even Sony. One of the best examples is the Mi 5, which has been endorsed unanimously thanks to incredible specs and features that makes this phone a great alternative if you don´t want to spend $1000 or more.

Given this fact, the company is now betting everything on the Xiaomi Mi 6, which could become such an amazing phone that the Chinese manufacturer could even beat China´s giant Huawei and become the smartphone giant in Asia´s first economy. Although the price remains unknown, it´s expected to be released in March.

According to the rumors that have been said so far, the Xiaomi Mi 6 could probably be equipped with a full metallic body, a Qualcomm Deka core Snapdragon 835 processor, 4G VoLTE network support, QHD 2K Super AMOLED display of 5.2-inches, Snapdragon chipset, and 6GB RAM DDR4 so you can roll without troubles.

OnePlus 4: One Of The Most Anticipated Chinese Smartphones Because Of Its Predecessor

The OnePlus 3 was such an unexpected success for the smartphone manufacturer that it was impossible to imagine that people will be expecting the new handset just like the greatest flagships to be released by the most powerful brands. This phone got to the point of being considered as a flagship killer, and the OnePlus 4 is expected to end up having a better label since this is a mobile device that could offer the most outstanding specs and features with an affordable price.

Also, the OnePlus 4 could offer an 8-megapixel front Camera, Dual SIM, a Fingerprint sensor, Adreno 530 GPU, 4G LTE with VoLTE, Bluetooth 4.2, WiFi 802.11 a/b/g/n/ac dual-band (MIMO), NFC, GPS, and USB Type-C, Although it remains what will end up being the price of this smartphone, it has been reported that it could cost around $400, and it will be release next year summer.

No one could blame you if you never heard about this brand since it has been overshadowed by other famous companies as Huawei and Xiaomi. However, Oppo could be considered as the most successful smartphone manufacturer in China so far. Don´t get me wrong, is not that Oppo´s sales are bigger than the other brands, is just that this company sold over 100 percent more mobile devices in Q3 of this year than they did in the same period in 2015.

The most incredible detail about this fact is that this company managed to this without releasing the Oppo Find 9, which is its premium flagship. Although many believe that this has been a strategy to earn the maximum number of sales with it, the truth is that this smartphone have been rumored for a long time, and its release date has changed more times than you can imagine.

Naturally, the expectations around this phone are overwhelmingly high, and it has been rumored that the Oppo Find 9 would sport a 5.5-inch QHD (2560 x 1440) AMOLED Display, 6 GB RAM, a Fingerprint sensor, 64GB of inbuilt memory, fast charging support, a Qualcomm's Snapdragon 835 processor, a 21 MP Exmor rear camera and 8 MP front camera. Apparently, the Oppo Find 9 will be finally released in March 2017, and its price could be around $395.

Huawei Mate 9 Review: A Perfect Flagship That Could Conquer The US Market

Huawei´s rise has been so fast that it´s already the third largest smartphone manufacturer in the world. Huawei´s most important goal is to beat Apple and Samsung by the year 2020.