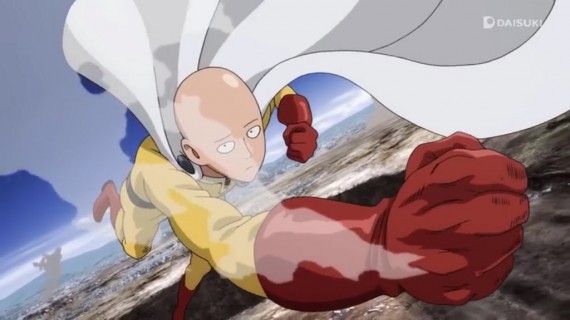 Another series of popular manga novel titles have sold thousands of copies just last week. Aside from that several others like "One Punch Man", "Bleach", "Haikyuu!!", and "Attack On Titan" made into the latest U.S. Diamond cart for top 300 graphic novels. (Photo : Peak Animation/YouTube)

The latest list for Japan’s weekly comic ranking, covering Dec. 5 up to Dec. 11 has seen “Attack on Titan” sweeping the chart as it enters on its first week at first place with an established total 632,419 copies. Its new record surpassed the records of previous top notcher “Haikyuu!!” who only sold at least 267,000 copies per week. “Attack on Titan” has been making noise since it officially announced that the anime series adaptation will finally be coming back for a second season.

“Attack on Titan” is a Japanese manga series written by Hajime Isayama, which he published starting September 2009. The manga has already reached 21 volumes to date and is still ongoing. An animated series adaptation was created and premiered on television in April 2013. The first season lasted 25 episodes and spawned five original video animation (OVA) and two animated films namely “Attack on Titan – Part 1: Crimson Bow and Arrow” and “Attack on Titan – Part 2: Wings of Freedom”, which were released in November 2014 and July 2015, respectively.

After attracting millions of readers and viewers with its intriguing story, “Attack of Titan” eventually became a commercial success. The manga novel series alone has already sold at least 60 million copies in print as of September 2016. “Attack on Titan” revolves around three main characters namely Eren Yeager, Mikasa Ackerman, and Armin Arlert, who lead the story in a survival of mankind against colossal titans who are out to get rid of the remaining human beings trapped inside a walled city to seek refuge. The three characters along with the others who joined them in the Survey Corps seek out a dangerous journey in pursuit of rogue titans and unfolding secrets.

Meanwhile, last week’s first place, “Haikyuu!!” has gone down one spot lower after it only managed to sell at total of 550,644 copies of the manga. “Haikyuu!!” is a popular sport series that focuses on a team of young volleyball players during their high school years, going through struggles as athletes and fighting formidable opponents to claw their way to the top as one of the best volleyball teams in Japan. “Haikyuu!!” Season 3 recently ended highlighting the voracious match between Karasuno High and Shiratorizawa Academy.

Coming in third is the breakthrough series, “One-Punch Man” for selling a total of 494,135 copies. “One Punch Man” is a Japanese web comic that started in 2009 and has been adapted into an anime series in June 2014. Though Madhouse has still yet to give a definite date, it has confirmed that a second season for the anime is in the works. The webcomic series also has just ranked no. 13 and no. 215 at the latest Diamond’s top 300 U.S. graphic novels.

The “Haikyuu!!” manga series also got in at two spots—no. 237 and no. 266. “One Piece” trails behind at no. 89, followed by “Bleach” at no. 114, and once again, “Attack on Titan” at no. 241. Other popular and familiar titles have also made the cut, evidently showing that the quality of Asian graphic novels are now at par with Western comic books.

Updates have been announced regarding the two new upcoming novels for "Bleach". Kuchiki Rukia and Shuhei Hisagi will be the main characters in the said new arcs.

A new manga has been released and it is a spinoff from the original "Dragon Ball" series starring Yamcha.

'One Piece' Spoilers: Capone Bege, Pedro To Give Up Their Lives To Save Luffy And The Alliance?

With the recent development in the ongoing Whole Cake Island Arc of the "One Piece" manga, fans are speculating that someone is bound to sacrifice himself to save Luffy and the others.

There is no new chapter this week but it is speculated that someone will be coming out in "One Piece" Chapter 870 to help out Luffy and Capone Bege.

Alyssa Milano is NOT the ONLY ONE Wearing a Crocheted Mask: Actress Speaks up Against Twitter Bashers