Microsoft Surface Pro 5 and Surface Phone: Are They Really Coming In Next Year? 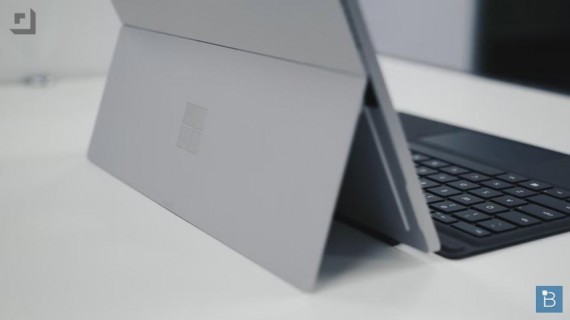 The thing about Microsoft's 2017 releases is that the company is not saying anything about them. (Photo : TechnoBuffalo/YouTube)

The only things rumored about the Microsoft Surface Pro 5 include having Intel Kaby Lake processors and coming with a super-improved Surface Pen. There are a couple more things rumored about it but these two are practically the most mentioned. As for the release dates, it was said that the Surface Pro 5 should be coming in early next year, the same time the Windows 10 Redstone 2 update is expected to be launched. This isn't exactly a far-fetched idea considering the lack of a Surface Pro release this year. The Surface Pro 4 was released 2015 and its successor is a no-show this 2016. This easily implies that the Surface Pro 5 will be making an appearance in 2017.

It is understandable for Microsoft to skip 2015 for its Surface Pro line. The Surface Pro 4 is still one competitive hybrid device even at 2016. However, if no new Surface Pro shows up next year, the Surface Pro 4 will already be too outdated to be Microsoft's latest Surface tablet. Just to predict, the Surface Pro 5 could indeed be coming in next year. Things may not exactly be clear when it comes to the release dates, but there's good chance that it will indeed be launched 2017.

As for the Surface Phone, there really is no solid clue of its 2017 arrival. The only reason why it is rumored for 2017 is the huge wave of leaks and rumors that have spread about it in the past months. It's kind of amusing how much more rumors came out about the Surface Phone compared to the Surface Pro 5 when the Surface Phone is actually the one product that hasn't been acknowledged by Microsoft. The company hasn't actually recognized the existence of the Surface Pro 5, but at least, its product line already exists.

While Microsoft has been consistent on not saying anything formal about the Surface Phone, the company has actually confirmed that they are not backing out from the smartphone industry. Satya Nadella, Microsoft's CEO, said that they will continue their presence in the smartphone world. However, like what the company has always done, they don't intend to follow the current trend. Instead, as per Forbes, they will still be "focused on a specific set of customers who need a specific set of capabilities that are differentiated and that we can do a good job of."

With that said, it's safe to say that the Microsoft is up to something. It may or may not be called Surface Phone, but at least we now know that the company will soon be releasing a new smartphone, and it could actually happen in 2017. Microsoft did not release a flagship phone this year, so it is highly likely that they will do so next year.

The Eve V hybrid laptop is another Microsoft Surface Pro clone which may actually be better than the original.

During the launch, Microsoft said the new tablet was thinner and lighter. However, that’s not exactly true. Its own website lists the same dimensions for the two and, depending on the configuration you choose.

Anyone interested in the new 2-in-1 from Chuwi can save themselves some cash by getting in on the ground floor of this crowdfunding campaign. The deal works out pretty well for anyone who is interested in purchasing the device, too

Microsoft Surface Pro (2017) vs Apple MacBook Pro 13: Which Should You Get?

The latest Surface Pro 2017 features upgraded hardware and a refined internal design, but how does it stack up against Apple's current and powerful MacBook Pro 13?