Android Trends Of 2017: From The List Of Smartphones To The Best Applications 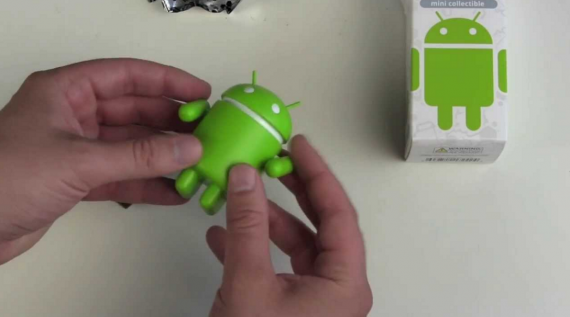 Know the list of the incoming smartphones and best applications. Be on trend and own what is the latest! (Photo : Techsloth/YouTube Screenshot)

The year 2016 has been good to the Android industry, well of course not considering the devastating reports on the Samsung Galaxy Note 7. Almost all Android users are thankful enough for all the things they got, a new smartphone maybe or a free awesome application. As the year 2017 is coming, here are the best Android apps along with the list of smartphones you can expect next year.

We list here all the trends that we can expect next year, it may the list of the smartphones that we are eyeing to buy or a target application that we are waiting to become sale.

Every year smartphone companies introduce new devices, and 2017 is expected to be no different. With the help of the International Business Times, here are the five smartphone trends for 2017.

Apple iPhone 8: Next year will the 10th anniversary of iPhone and it is expected to break previous sales records. Apple, one of the leading smartphone makers, is expected to come with features such as OLED display, wireless charging, a display-embedded fingerprint sensor and a multi-sensor camera. Aside from the existing color of iPhones, the Apple iPhone 8 will come in two new different colors such as blue and glossy gray. The iPhone 8 is expected to release in September to October 2017.

Samsung Galaxy S8: Samsung’s next flagship device is rumored to be called as the Galaxy S8 and it is a highly anticipated smartphone. The device, which is expected to be launched at the Mobile World Congress 2017, might be a complete revamp of the company’s current S7 device. Samsung Galaxy S8 features include the following: a bezel-less design with no home button, 4K UHD display, an artificial intelligence-based voice assistant and to have built-in stereo speakers.

Samsung Galaxy Note 8:  Despite what happened on the Samsung Galaxy Note 7, many people expected that the company will ditch off the Note series. But, it is official, there will be another Note smartphone next year as Samsung indicated the release of a Note 8 device in 2017 in a press release issued in October. According to BGR, Samsung is preparing two Galaxy S8 versions for late February, including a regular model and a phablet version.

Nokia Android phone: Finally, Nokia Android phone is expected to release something in 2017. As reported earlier this month, the first Nokia-branded handsets running Android are due to arrive early next year, 2017. After announcing its plans to return to tablets and phones back in May, Nokia is providing more details today as it formalizes a licensing agreement with HMD Global. It might have budget smartphone features such as a 1.4 GHz octa-core Qualcomm Snapdragon processor, an Adreno 505 GPU, 3 GB RAM and 32 GB of onboard memory.

Microsoft Surface smartphone: The Microsoft Surface smartphone is expected to be the “ultimate mobile device." The surface phone will have three variants: enthusiast edition, business model, and consumer model. Rumored features include a laptop-grade processor capable of running 64-bit apps compatible with Microsoft Continuum. The smartphone will boast a 20MP rear camera that utilizes a Carl Zeiss lens and an 8MP front camera.

Let us admit it, every smartphone, especially nowadays, have at least one messaging app installed. According to PC Advisor, all smartphones are capable of many things, but at its heart, it is a phone, and designed for keeping in touch with friends, family, colleagues and whoever else you fancy a chin wag with.

Two of the all-time chat app favorites are Facebook Messenger, WhatsApp Messenger, and Skype. Both FB Messenger and WhatsApp are now free for all users and allows users to send and receive free messages, pictures, videos and voice messages over the web. If you have a tablet, laptop or PC you should also check out WhatsApp Web for syncing messages between the two. Skype, meanwhile, is the video chat service for people who don't have iPhones and iPads. It's an excellent way of speaking face-to-face with people who are too far away to visit.

Could Skype Be The Next Zoom?

Skype has been around for quite some time already and now that Zoom is experiencing a huge amount of backlash for its recent privacy issue, Skype could potentially be taking over the market.

UK carrier O2 has allegedly confirmed that iPhone 8 would hit the local stores on September 22.