CES 2017: What Are The Expected Smartphones To Launch At The Show? 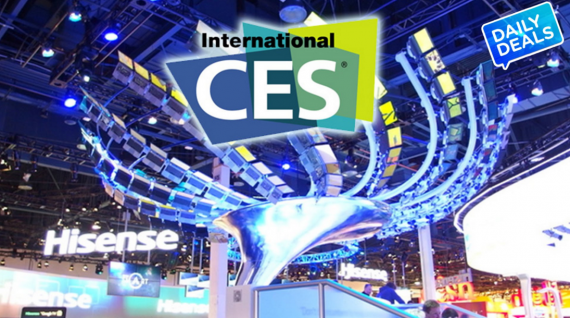 The US The Consumer Electronics Show 2017 is to be held on Jan. 4 to 12 in Las Vegas. Here are the expected smartphones to launch on CES 2017 event. (Photo : The Deal Guy/YouTube Screenshot)

The Consumer Electronics Show (CES), one of the biggest annual tech events every year. Some of the new electronic devices are expected to be launched at the event that is expected to be held on January 4 to 12, 2017 in Las Vegas.

What Are The Expected Smartphones To Launch At The Show?

According to the International Business Times, some smartphone companies are holding off their devices for the Mobile World Congress taking place in February, others are expected to showcase their new devices at the CES. Here is a list of smartphones expected to be launched at CES 2017.

Asus Zennovation: According to GSMArena, Taiwanese smartphone manufacturer Asus has started sending out press invites for its upcoming 'Zennovation' event. The event is scheduled for January 4, 2017, which would be the day 2 of next year's CES. The invite mentions of Qualcomm Snapdragon, suggesting that a snapdragon-powered device will likely be made official that day

Samsung Galaxy A-series devices: Samsung's upcoming premium mid-range Galaxy A 2017 smartphones are pretty much revealed. Aside from hardware and design improvements, all of them will feature fingerprint sensors, USB Type-C ports, glass back panels and are expected arrive in the coming days. It can be seen at CES 2017 with Samsung Galaxy A3, A5, and A7.

LG V5: This device is expected to be a budget phone from the LG company. It is expected to come with a Micro-USB port instead of USB Type-C, which is slowly becoming the universal standard for smartphones. It will likely have a 5.5-inch display and a fingerprint scanner.

Huawei: Richar Yu, LG's CEO, will deliver the CES 2017 keynote address. A Huawei P9 successor might have the major release on the event. The company’s sub-brand, Honor, might reveal its U.S. lineup at the event including the Honor Magic with an edge-to-edge display.

Xiaomi: For the first time, Xiaomi will participate in the CES 2017. “At its CES debut, leading technology company Xiaomi will be showcasing an exciting new product that illustrates how it is pushing the boundaries of innovation," according to Slash Gear. "Xiaomi was founded based on the vision innovation for everyone — with the belief that high-quality products built with cutting-edge technology should be made widely accessible.”

In addition, as reported by EWeek, Faraday Future will showcase its long-awaited electric car, and the smart home will play a prominent role on the showroom floor. Although tablets are losing some of their past glory, they’re also expected to make an appearance at CES 2017. This slide show will cover what is likely to be prominently on display at this year’s CES.

Luxe car manufacturer BMW, as mentioned by Trusted Reviews, has confirmed it's going to tease a sneak peek of its new 'floating' HoloActive Touch virtual car interface, while Sony has publically announced that its CES 2017 press conference will take place at 5 p.m. PST on Wednesday 5 January at the Las Vegas Convention Center.

If the possibility of new processors and graphics cards wasn't enough, Nvidia also looks like it's planning to launch a new Android-powered Shield TV at CES 2017. A new controller that relies on Bluetooth Low Energy for connectivity, rather than Wi-Fi, is being mooted as well, so watch this space as Nvidia looks set for a blockbuster CES.

The first CES was held in June 1967 in New York City. It was a spinoff from the Chicago Music Show, which until then had served as the main event for exhibiting consumer electronics. The event had 17,500 attendees and over 100 exhibitors; the kickoff speaker was Motorola chairman Bob Galvin. From 1978 to 1994, CES was held twice each year: once in January in Las Vegas known as Winter Consumer Electronics Show (WCES) and once in June in Chicago, known as Summer Consumer Electronics Show (SCES).

Pretty Phones to Give Your Mom on Mother's Day: How to Pick the Best One

Picking the perfect mother's day gift can be quite hard but if you have a little bit of budget for a pretty phone, you might want to consider getting her one.