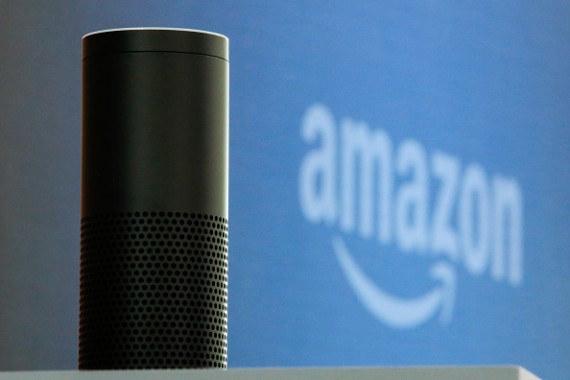 An 'Echo' device stands on display during the U.K. launch event for the Amazon.com Inc. Echo voice-controlled home assistant speaker in London, U.K., on Wednesday, Sept. 14, 2016. The Seattle-based company today announced that its Echo product line will be available in the U.K. and Germany starting in the fall, the first time the gadget will be available outside the U.S. Photographer: Luke MacGregor/Bloomberg via Getty Images<br /> (Photo : Luke MacGregor/Bloomberg via Getty Images)

When the retail giant first introduced the Amazon Echo over two years ago, it was constantly sold out from both the online and physical stores of the company. The smartspeaker, which housed virtual assistant Alexa, was undoubtedly a popular device. Moreover, the popularity was met with positive reviews and has proven itself over and over.

With the holidays coming, it has been growing more and more difficult to find a unit of the Amazon Echo or its miniature version, the Amazon Echo Dot. In fact, the items are already unavailable online and will not be restocked until after the holidays. IBTimes provides the following schedule:

Even third-party retailers such as Best Buy, home Depot and Lowe's have indicated the Amazon Echo and the Amazon Echo Dot are already out of stock online. However, all parties have shared that some physical stores still carry the smart speakers and that interested buyers should check. It would be best, however, to call ahead of time before heading out in the holiday rush.

If even that results in negative results, there is always eBay to consider. And while there will definitely be a markup from retail prices - the Echo sells upwards of US$300 and the Echo upwards of US$80 -- having the same in a home will pay itself off as soon as users get their hands into it. Even with the entrance of Google Home as a competitor in the market, Alexa is still the top bet of most critics - although this might be due to the fact that Amazon has been in the market longer.

Nevertheless, there are several features Alexa sports that Google Assistant just does not have at this point. As C|Net reports, Alexa expanded itself earlier this year, when developers released an API for Alexa Voice Service (AVS). This allowed third-party manufacturers to create their own Alexa-powered devices, including computers and speakers. This same API has also allowed third-party developers to work in Alexa to various applications.

And because the Amazon Echo comes from one of the largest retailers in the world, Alexa is also capable of taking online orders. Users can simply say, "Alexa, order a Fire Kindle," and the virtual assistant will do just that. It will automatically use the user's stored billing information and default shipping address. However, a four-digit passcode is used for security purposes.

Both the Amazon Echo and the Echo Dot have a wide range of skills, which allow users to use Alexa in various third-party applications. This, among all others, is arguably what makes the devices such successes. It allows the AI to control various smart devices that do not use its API. Furthermore, skills are extended to take orders from Domino's, or book an Uber ride. There are already more than 1000 skills that it is capable off and more are being added on a daily basis.

A Techy Christmas: The Best Holiday Tech Gifts Under $100

There is roughly a week before Christmas, which means there is still time to run to the store and pick up gifts for loved ones. And when there is doubt, the best route to take is to buy a tech item.