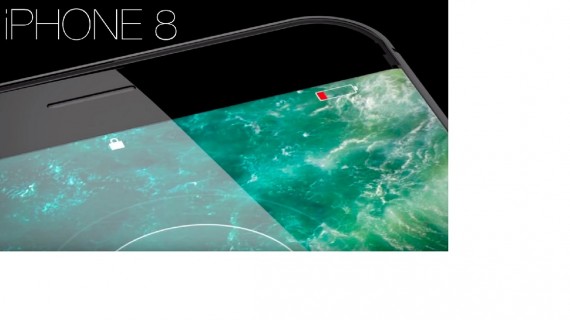 We sure can say that the next iPhone will be quite special. (Photo : TrustedReviews/YouTube)

When it comes to smartphones, the one big thing people want is value for money. However, when it comes to flagships, it has also been proven that people are willing to splurge a bit for the extra bells and whistles. With that, we can say that Apple might once again be hitting it big with the iPhone 8. Sure, people might still be hung up on the iPhone 7 and still be unwilling to upgrade. However, there's one factor that can defy this thinking - the iPhone 8 is Apple's anniversary iPhone. With that, we sure can say that the next iPhone will be more than just an upgrade.

As mentioned, the iPhone 8 is predictably special. This means that it could defy some of the most iconic iPhone features and be totally different from its predecessors. Rumors actually support this one. It has been said that the anniversary iPhone will have a curved display and be stripped of its home button. This may or may not be a happy change for people. Luckily, though, rumors also say that Apple will not be putting in all of its attention on the anniversary iPhone. It was said that on top of this special release, there will also be regular iPhones to succeed the iPhone 7 and iPhone 7 Plus. To sum it up, three new iPhones will be introduced in 2017. One dubbed as the anniversary iPhone (rumored as iPhone 8) and two to succeed the 2016 iPhones (iPhone 7S and iPhone 7S Plus).

The iPhone 8 is one of the most anticipated smartphones of 2017 which is practically not a surprise. The iPhone is always the most hype-inducing flagship phone year after year. Not only is it a very premium phone, it is also one of the speediest ones on the market. The iPhone is never inferior when it comes to speed tests so it's safe to assume that the iPhone 8 will be just as fast as iPhone users expect it to be. On top of being an eye-turner physically, the iPhone 8 is expected to likewise deliver when it comes to performance. It's one of the iPhone things that make people ponder on whether or not it is overpriced or worth every penny.

As of now, Apple hasn't really been very revealing when it comes to its 2017 release. This is why there haven't been a lot of things that is a hundred percent confirmed about their plans for next year. Nevertheless, leaks do come out here and there and these include the recent report from a supposedly Asian supplier saying that Apple will be releasing a new iPhone color variant which is red. This, however, is expected for the iPhone 7S and 7S Plus.

Furthermore, the "iPhone 8" may or may not be the final name for the anniversary phone, but it's the name used by a supposed Apple employee that Business Insider has talked to about three months ago. Needless to say, Apple still has enough time to think of a wittier name to give to its anniversary iPhone.