How 2016 Became The Year Of The Hack? Here Are Most Memorable Internet Moments For 2016 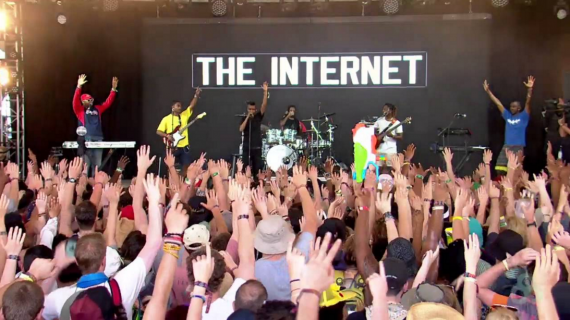 Many cyber-attacks and hacks happened for the whole year, that is why most people considered 2016 as the hack year. Indeed, 2016 was the strangest for viral moments.

According to The Guardian, 2016 became the year of the hack. There were so many headlines that you could dub 2016 as the year of the hack. "A hallmark of 2016 cyber-attacks has been just how public they have become." One of these is the revelations about Russian hacking during the US election.

“2016 was most notable for the evolution of nation-state attacks,” said Richard Stiennon, author of There Will Be Cyberwar. “Cyber espionage has been an important tool for hackers and intelligence agencies since at least 2004 and Titan Rain. But releasing the emails from the Democratic National Committee and John Podesta was new and scary.”

Here Are Most Memorable Internet Moments For 2016

On 21 October, an attack on internet infrastructure provider Dyn with a distributed denial of service (DDoS) attack took down access to Netflix, Facebook, Twitter plus the Guardian, CNN, the New York Times, the Wall Street Journal and others. According to WeboPedia, DDoS is a type of DOS attack where multiple compromised systems, which are often infected with a Trojan, are used to target a single system causing a Denial of Service (DoS) attack.

Last month, the bank operated by UK supermarket chain Tesco was hit. The situations result in £2.5M or approximately $ 3M is being stolen from the accounts of some 9,000 customers. Tesco PLC is a British multinational grocery and general merchandise retailer with headquarters in Welwyn Garden City, Hertfordshire, England, U.K. Tesco is listed on the London Stock Exchange and is a constituent of the FTSE 100 Index. It had a market capitalization of approximately £18.1 billion ($22 billion) as of 22 April 2015, the 28th-largest of any company with a primary listing on the London Stock Exchange.

Another hack moment is the massive Yahoo hack. This attack technically took place in 20013, but the revelation came later of 2016. The data from more than 1 billion user accounts was compromised, with some dubbing it the largest such hack in history. After that, a news followed a September revelation of a 2014 incident that allowed hackers to steal the personal data associated with at least 500 million Yahoo accounts.

These are just a few of the many hack moments happened for the year 2016. There is bigger news aside from these but we cannot afford to enumerate and discuss it all in one seating. But indeed, 2016 was a great year because it gives us ups and down moments. Speaking of moments, here are some more moments that we can also look back this year before it ends.

More Moments To Look Back Before 2016 Ends

According to Business Insider, 2016 was a strange year for viral internet challenges. The most popular one was called the "mannequin challenge," which had large groups of people — including Hillary Clinton — freezing in place while a camera panned around the room and "Black Beatles" played in the background. While this may be the most memorable, there were plenty of other bizarre trends that kept people busy all year on social media.

YouTube enlisted the help of Major Lazer to mash-up the biggest hits of the year from Justin Bieber, The Chainsmokers, Fifth Harmony and more, Billboard reports. The video features the Internet's most popular trends throughout 2016, including 'Damn Daniel,' 'The Running Man Challenge,' and many more that gives an impact for the whole 2016 music industry. "YouTube wants to remind you about the most notable Internet moments of 2016 as the year comes to an end," KFOR said.

Twitter Q4 2016 Earnings Not Great, Despite Being Pres. Trump's Social Platform Of Choice

Despite Pres. Trumps tweets, it did little to help Twitter in generating more earnings on the Q4 of 2016. Instead, its advertising revenues decreased.

A team of researchers (or ethical hackers) known as Exploitee.rs have discovered a critical flaw of Samsung's SmartCam which can literally give hackers full access to the security cameras.

Intel To Make Shopping A Breeze With $100 Million IoT Investment

Intel has invested $100 million in its plan to drastically improve the retail industry through robotics and the Internet of Things.

Did you know that millions of internet users become victims of data theft every year? Whether you are a company or an individual, data theft can prove very costly. Companies have lost billions and many others have been sued for data breaches. It is, therefore, very important to keep safe. One way to do that is by using a secure password.