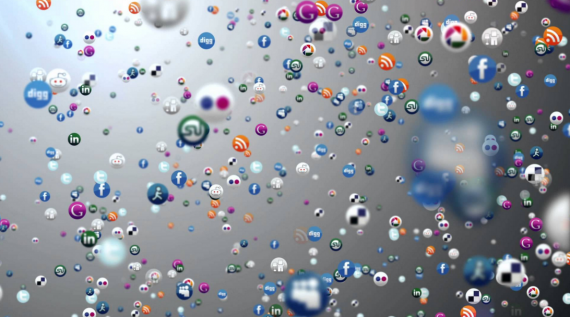 Social media had an undue and dangerous influence to all of us. Here are the 2016' biggest social media stories that can prove the whole year is not the worst ever. (Photo : Martijn Rademakers/YouTube Screenshot)

Social networks had a huge influence on the presidential election in 2016, especially Facebook and Twitter. One new regarding a company Microsoft closed one of the highest-profile acquisition in social media history. These are just two of the picks for the most significant social stories of 2016.

Social media had big ups and downs for the whole year of 2016. According to CIO, these two situations are the stories that shaped the conversations and intrigue around social media during the past year.

Many people believe that Facebook, Twitter and other social media platforms contribute a huge impact on the result of the US Presidential Election 2016. As reported by NPR, social media communities played a large role in gathering young voters for the 2016 election. "The algorithm that controls your Facebook newsfeed favors content that you've liked before and matches your own politics. And with Twitter, you could argue that it's very DNA is just not set up for a thoughtful political dialogue."

During the final weeks of the US presidential election, it became quite clear that social media could not be more powerful or dangerous than ever. But CEO Mark Zuckerberg claimed that Facebook did not impact the result of the election. "Of all the content on Facebook, more than 99 percent of what people see is authentic," he said, noting the Facebook, as a network, has a goal to "give every person a voice."

In the wake of the election outcome, Facebook found itself under immense pressure to explain its role in influencing users. "After the election, many people are asking whether fake news contributed to the result, and what our responsibility is to prevent fake news from spreading," Zuckerberg said to Chris Prentice of Reuters  "These are very important questions and I care deeply about getting them right."

On the other hand, Twitter also gives part on the historical US presidential election. CIO said Twitter's impact on the 2016 election was also unmistakable. The news on Twitter has become unstoppable just like a machine that always giving an outcome. But it simultaneously lost momentum in two key business metrics: user growth and ad revenue. "It's unclear whether or not the popular social network will even exist the next time Americans hit the polls."

Of course, aside from the fake news and rumors, there is still good news. One of the best good news of 2016 are the updates on social networks and applications. According to The Guardian, this year is the year of plenty of other things but it is also the year of the group chat. iMessage, WhatsApp, Snapchat, Instagram or Facebook Messenger are usually the means used and they can be three people or they can be 30.

Instagram is one of the many apps and social media platforms that announced many updates this year. There are also lots of celebrities involve in the news related to IG, such as Kendall Jenner, Kim Kardashian, Selena Gomez and much more. Instagram, is indeed an online mobile photo-sharing, video-sharing and social networking service that enables its users to take pictures and videos and share them in 2016.

More broadly, social media companies failed in 2016 to live up to their promise as online one-stop-shops for consumers and retailers. Shopping is still not common on social media, and social sites are unlikely to become major destinations for buying anytime soon. The biggest platforms haven't given up, but some critics say it may be too late.