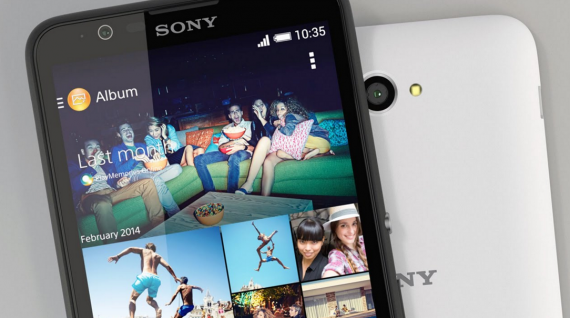 2016 has been a good year for Sony and many critics say that hardware is where Sony put a lot of its focus. (Photo : Sony Xperia/YouTube Screenshot)

Hardware is where Sony put a lot of its efforts for the whole productive year of 2016. Heading up to this year, Sony, as one of the biggest company, made its intentions on entering the VR market quite clear. Aside from that, there had been rumors rolling around about both Sony and Microsoft developing mid-generation consoles. But before anything else, let us review some of the Sony products that make history this 2016.

According to Twinfinite, Sony made its intentions on entering the VR market this 2016. "It was given all the support and marketing that the PS4 itself received just a couple of years prior, and they finally released their headset, the PlayStation VR (PSVR), back in October." It is considered as the most affordable device for a more high-end experience since the PC requirements for VR are still relatively costly nowadays.

Venture Beat reported that Sony's PSVR is leading and is taking one-third of the whole market. "This is thanks to a) the large installed base of about 40-50 million Playstations sold to users who are the perfect target for a VR upgrade and b) the best balance of price/performance for the VR headset around the $300-$400 price point."

The new hardware isn’t without its issues, though. Some of these are lighting problems, blurry images, and drift problems. Although PlayStation VR camera problems differ from user to user, the quick fixes suggested on many sites are helpful.

There were also some decent Sony games released alongside the device to show. According to Twinfinite's Senior Editor Chris Jecks, PlayStation VR Worlds is less a game and more a collection of different VR experiences. Included on the disc is the gritty action game, The London Heist, sci-fi exploration game, Scavengers Odyssey, immersive underwater experience Ocean Descent, fast-paced racing in VR Luge, and Danger Ball which is essentially a modern take on the classic Pong.

To see all the games offered by Sony, you may visit their site or order online so the "next time you access your console" it will be available. They also have limited-edition PS4 bundles, member offers, entertainment services for console owners and more.

According to Sony's very own description, PlayStation Vita is the slim and sleek device also that features high-precision dual analog controls for a more immersive gaming experience away from your console and TV. The PS Vita system features more than 1,000 PlayStation titles, including PS Vita narrative adventures, high-rated indie games, and exclusive JRPGS, and PS one, and PSP system classics. You can also stream on your PS4 games on your PS Vita system over a local wi-fi network when away from your PS4 system or TV.

The strongest point of the PlayStation Vita, as reported by TopTen Reviews, is that it retains its remote play capabilities with the PlayStation 4 while offering a lighter design and better battery life. Its weakness is, the Vita Slim still uses expensive proprietary memory cards and has a downgraded LCD touchscreen. But overall, PlayStation Vita has a huge range of independent games and works well with the PS4 that is why it is still a good deal.

Aside from the listed tech gadget here, there are many products that Sony can be proud of. These are just the tools that give impact to the whole company this 2016. As an overall, Sony made it to the top with their very own gadgets.

The Sony Xperia XZ Premium may look old but it comes with amazing features not found in the latest smartphones today.

New Atari Console In The Works, Not Competing With Microsoft And Sony

A new Atari console based on PC technology is currently in development, the company has confirmed. It's being teased as "Ataribox."