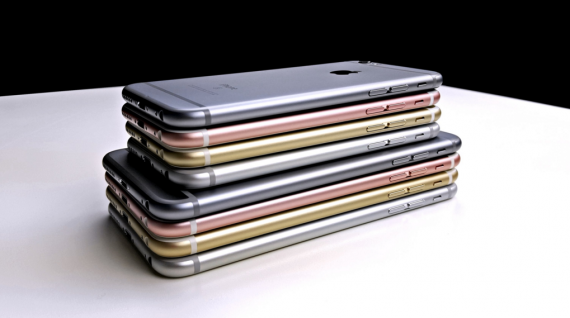 Aer you an Apple iPhone user? Here is the list of top free applications of 2016 for you to Download. From email apps to apps for the weather, social apps, and health apps, here’s what you should download once your iPhone is setup.

According to Business Insider, Apple published its list of top free apps in early December, so the smash hit Super Mario Run wasn't included in it. The two apps, Facebook and Google, dominate Apple's very own list of the 10 most downloaded apps of 2016. If not for Snapchat and Pokémon Go, Facebook would probably have the three most downloaded iPhone apps.

Snapchat is an image messaging and multimedia mobile application that is in demand to almost all iPhone users. The latest version of Snapchat is the version 9.45.2.0 wherein users can do the following:

Catching, hatching, evolving and more you can do with the Pokémon GO. It based on the popular show named as Pokémon abbreviated from the Japanese title of Pocket Monsters. Japanese anime television series, which has been adapted for the international television markets with the official series name as Pokémon: The Series.

Like other free and popular iOS apps, Pokémon Go contains microtransactions. Money can be exchanged for PokéCoins, which can be used to buy Poké Balls, Lure Modules, and other items to speed up the Pokémon catching process. And if you’re really into the game, you can spend $35 on a physical wearable device that will let you catch Pokémon without ever having to look at your phone.

Instagram is a simple way to capture and share the user's moments. With this app, you can follow your friends and family to see what they’re up to. You can also discover accounts from all over the world such as your favorite singer, favorite host, and even your long lost family member. Join the community now with over 500 million people and express yourself by sharing all the moments of your day––the highlights and everything in between, too.

The latest Instagram is version 10.3. All the new features for Instagram Stories and updates to the latest version of the app are the following: stickers, holiday fun, hands-free video mode, text enhancements and save story video.

The latest YoTube is version 11.47.1. The updates are the following:

As reported by TechTimes, the YouTube app for iPhone and iPad takes everything great from the site and fits it into a phone, with an easy and refined user interface. Best of all, users can upload video right from the app. YouTube, indeed, is a great video app for all the iOS users!

There have been rumors going on and on about what this year's Apple WWDC online will be bringing to the table. Could the rumors be true?

Now, you can use Scan not only to identify dog species and plant breeds, but you can also use Scan to solve math problems and obtain nutrition information for packaged food.