CES 2017: The Wearable Tech You Can Expect On The Event 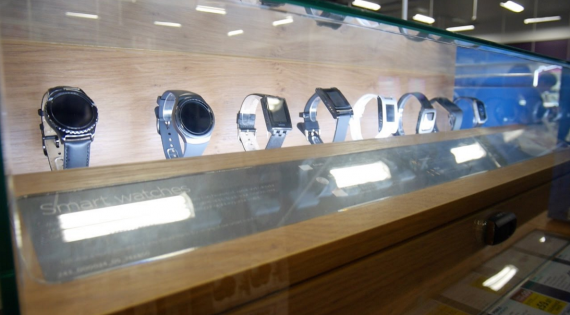 The next emphasis of wearable technology that is powered by sensors, solar power, apps and AR have arrived and will be showcased at the long-awaited CES Wearable Tech Summit. (Photo : James Cooke/YouTube Screenshot)

This week marks the beginning of the holiday season of 2016. It means we are just two weeks away from the Consumer Electronics Show (CES) 2017, the annual event held every first week of each year in Las Vegas. The event will set the tone for the next 52 weeks’ worth of hardware announcements.

Showcasing popular themes and emerging technologies, CES conference tracks comprise multiple sessions that hone in on the essential industry trends. The 2017 CES will be held January 5 to 8, 2017 in Las Vegas. The first CES was held in June 1967 in New York City. It was a spinoff from the Chicago Music Show, which until then had served as the main event for exhibiting consumer electronics. The event had 17,500 attendees and over 100 exhibitors; the kickoff speaker was Motorola chairman Bob Galvin.

According to the CES site, the upcoming event will be the world's gathering place for all who thrive on the business of consumer technologies. Here are some of the reviews of the popular person in the business.

"As an active angel investor, there is no better place than CES to discover early stage companies in CE and related area and to learn the latest trends in technology." – Larry Richenstein, CEO, Peak Ventures

"CES is a great gauge of where the industry is headed." – Jack Sheng, co-founder and CEO, eForCity Corp.

"There is no place in the world where you get so much done is so little time. Fantastic show!" – Randy Fry, president, Fry’s Electronics

The Wearable Tech You Can Expect On The Event

"Your body is the new habitat for technology," notes the press release for the Wearable Tech Summit. "You are what you wear." Some 84 million wearables were sold in 2015, and the forecast is for threefold growth to 245 million by 2019.

According to Brand Channel, brands such as Speedo, FashionTechForum, Evrythng, Fossil, Richline, FashionWare and a Wearables Marketplace will offer 80 wearable products in action including hearables, outdoor sports location trackers, light-up and signaling clothing, and LINX smart cycling helmet. The new health-related wearable techs from OrCam, QD Laser as well as Ming Young BioMedical along with wearable payment systems from Wearapay.

Leti, an institute of CEA Tech, will show a new wearable device that puts measurement of alpha wave brain activity into the hands of the users. Using the electroencephalography to record the brain’s alpha-wave activity, the device called Relax measures the level of alert relaxation with an installed electrode system without sensors attached to the scalp.

According to CES site, here are the three topics the will be discussed on the event.

It also identifies the other conference programs presented by Living in Digital Times.

According to CNET, at CES 2017 in Las Vegas, you'll see two types of wearable technology, shown in two very distinct areas of the show floor. The first type is the fitness-tracking device that's designed to measure user's foot steps, strides, strokes, and stamina. The second type is the designer "pieces" that sparkle on your wrist, clip to your lapel or hang, pendant-like, from that imitation gold necklace that looks like it's worth $300.

Considering that millennials are believed to be self-aware and even self-centered, Chrysler has revealed a concept car at the Consumer Electronics Show (CES) 2017 dedicated to them. Chrysler says it studied the wants and habits of millennials over a 20-year period before coming up with the Chrysler Portal, a car brand that potentially has all millennials want in a car. And to be clear, millennials are people born into the existence of the internet – having been born between late 1980s and early 2000s.

Scientists and fashion designers from CuteCircuit have created the world's first ever Graphene dress.