The Top 5 Tech Predictions And Trends For 2017 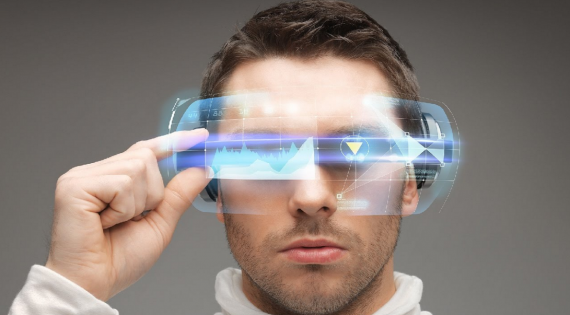 According to Tim Bajarin, a tech analyst for 30 years, here are the hot topics, trends or issues that will impact the tech industry for 2017. (Photo : Top10Archive/YouTube Screenshot)

Tim Bajarin, a tech analyst for 30 years, predicted all the biggest trends and issues in tech that may com up for 2017. It includes companies, a personality, a politician and more names that are also somehow related to the issues faced in 2016.

The Top 5 Tech Predictions And Trends For 2017

Tim Bajarin is recognized as one of the leading industry consultants, analysts, and futurists, covering the field of personal computers and consumer technology. Mr. Bajarin is the President of Creative Strategies, Inc and has been with the company since 1981 where he has served as a consultant providing analysis to most of the leading hardware and software vendors in the industry.

Here is the list of all the hot topics, trends or issues that might impact the tech industry in the coming year, according to Time's Tim Bajarin.

Donald Trump's surprise victory in the US presidential election has left many questioning how the results will impact the tech industry. According to Business Insider,  Trump will give a huge impact to the internet freedom. The US President-elect made some comments that have internet freedom advocates extremely concerned. He said that he will “close” the internet to help fight ISIS and would “open up” libel laws to make it easier for people to sue media outlets that publish negative reports about them.

As Bajarin stated, Trump's recent meeting with tech giant leaders such as Tim Cook, CEO of Apple, Satya Nadella, CEO of Microsoft, Elon Musk, CEO of Tesla and SpaceX and others allowed these leaders to share with Trump their concerns. Trump is a very unpredictable leader and it’s unclear what his approach to tech might be. Now, he needs to try and make sure he doesn’t do anything that will hurt the tech world from making advances during his presidency.

Augmented/Mixed Reality Will Be More Important Than Virtual Reality

"Although VR is the hot tech product at the moment, with the Oculus Rift, HTC Vive and Sony’s PlayStation VR garnering much of the consumer attention, VR will mostly be used in gaming over the near future," said Bajarin. With the sheer volume of headset manufacturers and content creators, it’s hardly surprising VR is finally starting to garner the attention of consumers and mainstream media – and you can bet this trend will grow even further over the next year.

2-in-1 Computers Take Off

PC vendors' new designs are becoming increasingly difficult to innovate on a traditional clamshell laptop design. Consequently, PC creators are putting most of their attention on innovating around what the industry calls the 2-in-1 computer. It features a tablet-style design with an attachable keyboard. "The PC industry’s goal now is to move everyone over to 2-in-1 and convertible designs"

According to TNW, technology continues to evolve, industry titans are gradually venturing into building autonomous vehicles. In fact, the competition in the self-driving market is heating up at exponential rates – and the good results aren’t falling behind. As time goes by, we’ll see plenty of news and activities around the development of self-driving vehicles. These kinds of cars won’t be on the market for mainstream use until at least 2022.

Hackers And Criminals Will Get Smarter

Information on how to hack blogs, sites, or even personal social media accounts are getting easier to do. More and more criminals are learning how to the lingo of hacking an account. As reported by Bajarin, "there were around 707 million cyber security breaches in 2015, with 554 million in just the first half of 2016." What more in the year 2017?

Halo 2: Anniversary Goes Live On PC! Here's What To Expect With The Next Part Of The Master Chief Collection

Are you ready for Halo 2: Anniversary? The game hits PC on May 12! What do you expect to see in the game?