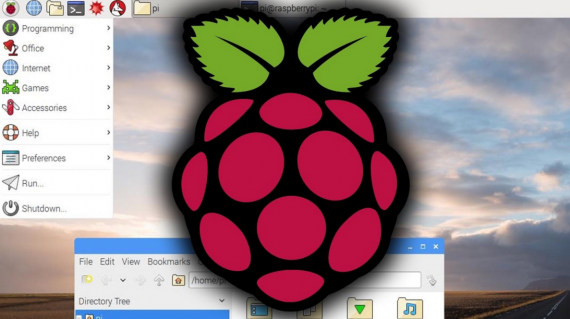 Raspberry Pi Foundation announced that it will debut the powerful new Compute Module 3 (CM3) and a Lite version. (Photo : Geek Till It Hertz/YouTube Screenshot)

The Raspberry Pi Pixel desktop experience is now available as an early version for x86-based Mac and Windows PCs. The main goal od the Raspberry Pi Foundation is to provide low-cost and high-performance computers to everyone, especially to those who can't afford high-end computers.

PIXEL stands for “Pi Improved Xwindows Environment, Lightweight” and is a desktop operating software that can be used by anyone with a Raspberry Pi. According to PC World, the Raspberry Pi Foundation revealed an early Christmas present for all the avid users of Raspberry Pi and Linux.

It announced that it have rolled out to Mac and Windows PCs an early prototype of the Raspberry Pi's Pixel desktop. Now, users can boot from a USB drive in order to run and experience the Pixel desktop on their regular laptop.

A blog post from Eben Upton, Raspberry Pi founder, said that the good news for all the users of the Raspberry Pi PIXEL is that they will not need anymore to buy hardware in order to run the software. They can also run it on older computers very fine on x86 Debian.

"So, after three months of hard work from Simon and Serge, we have a Christmas treat for you: an experimental version of Debian+PIXEL for x86 platforms. Simply download the image, burn it to a DVD or flash it onto a USB stick, and boot straight into the familiar PIXEL desktop environment on your PC or Mac. "

According to Windows Report, the OS can be used to restore old computers to its prime because PIXEL is suited best to running on older PCs that are too slow to run modern operating systems. Also, PIXEL comes bundled with an office suite, a browser, educational games and programming tools that you would find on Pi but exclude Minecraft and Wolfram Mathematica due to licensing reasons.

According to Upton's post, there are two technical issues that the users are experiencing right now: the taskbar does not appear when the x86 image is booted and the image doesn’t boot on a Mac. Not long ago, an update is published to help the users.

If you find that the taskbar on your computer does not appear when the x86 image is booted, you may see this link to help you fixed the problem. Or simply do this the following steps. First, you'll need to be running with a persistence partition for the changes to be saved. Next, open a terminal (Ctrl-Alt-T). Launch Geany to open the lxpanel configuration file - geany ~/.config/lxpanel/LXDE-pi/panels/panel. Delete it. Save and restart.

If you find the image doesn't boot on your Mac computer, you can try the fix in this link.

The co-founder of the Raspberry Pi, warns that users who have a newer model of Mac may encounter some bug issues, according to Tech Times. Upton also reminds them that the PIXEL download is still a prototype and not yet the final version, so there could be minor issues with its hardware configurations.

Halo 2: Anniversary Goes Live On PC! Here's What To Expect With The Next Part Of The Master Chief Collection

Are you ready for Halo 2: Anniversary? The game hits PC on May 12! What do you expect to see in the game?

EA's very own Sims 4 gets a brand new expansion pack called the Eco Lifestyle that supposedly promotes an environment-friendly approach. Check out the game now!