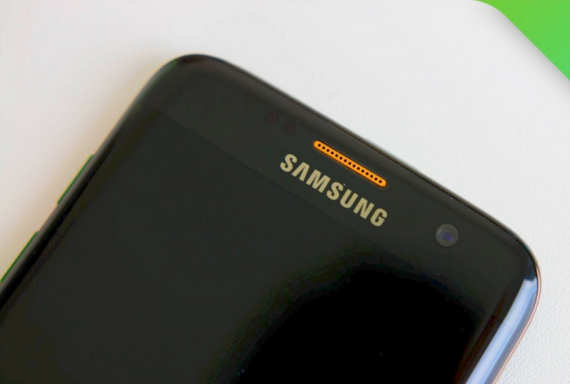 Samsung is expected to launch the upcoming flagship device called as the Galaxy S8 at the Mobile World Congress in Barcelona in February.

Samsung Galaxy S8 virtual assistant ‘Bixby’ to be integrated with all pre-loaded apps and can beat the well-known Apple's Siri.

Because of the big issue happened on Galaxy Note 7's explosion, the company needs to have a new launch that will be the show-stopper and will really bring back the loyalty of the fans. Now, new rumors suggest that it is the upcoming Galaxy S8 will use its built-in Artificial Intelligence (AI) assistant in all of the phone's pre-installed apps.

The voice-guided assistant is rumoredly named as Bixby. Many believe that it could be used for a wide variety of functions in a similar way to Apple's Siri or even more than that. According to Daily Mail, Bixby could help Samsung close the gap on its leading smartphone competitors Apple and Google.

The latest rumors, as of today comes from a re[prt by Sammobile, who suggests that it has received insider information on the new phone. Samsung has previously relied on its now-ageing S Voice feature for user assistance. Even though it is old enough and slightly outdated, as far as the record is concern, no negative issues were reported regarding this.

According to Sammobile's report: 'S Voice is likely to be replaced by Bixby in the Galaxy S8. Unlike S Voice, Bixby will be much more advanced, and it will work system-wide.'

Samsung has already mentioned previously that smartphone users will not have to use specific apps to perform many tasks. The new AI intelligence, Bixby, is rumored to be the key ingredient to this modernized user experience.

According to Indian Express, all the native applications will feature a new user interface (UI) so that they all have a similar design. The status bar will always be visible when the Bixby in use so that users won’t have to swipe twice to access notifications and quick settings.

Samsung Galaxy S8 is expected to next year alongside with the new voice-based digital assistant. Following on from the South Korean company's acquisition of Viv Labs, the technology from this artificial intelligence platform will be baked into Samsung's software on the upcoming flagship, as reported by Forbes.

Viv Labs was founded by Dag Kittlaus, Adam Cheyer and Chris Brigham, the team that spun out research from the SRI Artificial intelligence Center. On October 5th, 2016, Viv was acquired by Samsung Electronics. The following month, it was revealed that Viv would be available on the Samsung Galaxy S8.

Can Samsung Galaxy S8 Beat Apple iPhone 7 And 7 Plus?

Previously, Samsung has fought back against Google’s strict requirement for Android certificationand came out second-best. Samsung Galaxy S8 is turning out to be a device that will make a number of technological leaps forward, noted the Learn Bonds.

The inclusion of AI of Viv Lab in the Galaxy S8 is one of the many plans of Samsung to beat Apple's flagships smartphones. Aside from acquiring Bixby as Samsung's official AI, it is also rumored that the Galaxy S8 will have the first to have rear dual cameras.

'Currently Samsung Electronics is deciding whether to use all-in-one dual-cameras or separated dual-cameras,' a representative for a component industry told Yun Keonil of ET News. Rumors suggest that pixels of the dual-cameras will support 16 megapixels and 8 megapixels while the iPhone 7 Plus only supports 12 megapixels.