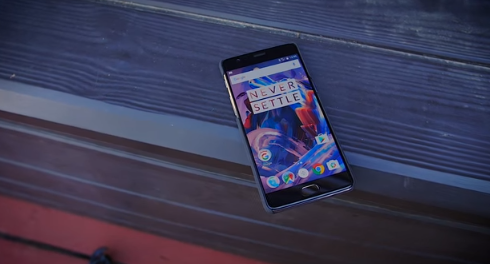 Looking back at all of this year’s releases, only a few phones stand out. (Photo : Android Authority / YouTube)

This year has been quite an active year in the smartphone world. We have seen a lot of flagship smartphones hit the market and we have been introduced to quite a number of midrange phones as well. Nevertheless, looking back at all of this year's releases, only a few phones stand out. If there's one smartphone that hit all the criteria for best smartphone, it would probably be the OnePlus 3. Here's why.

Being a flagship phone, the OnePlus 3 has superb specs. It is powered by the fast Snapdragon 820 and it comes with 6 GB RAM, as per GSM Arena. Take note that 6 GB RAM is a very big deal in 2016. Most of the flagship phones this year only comes with 4 GB RAM max. Samsung's Galaxy S7 and S7 Edge have 4 GB RAM. Apple's iPhone 7 only has 2 GB RAM and the iPhone 7 Plus only has 3 GB RAM. With that said, it's safe to say that the OnePlus 3 beats all of its competitions when it comes to this aspect.

On top of the internal specs, the OnePlus 3 also boasts of its competitive cameras. 16 MP rear cam plus 8 MP front cam isn't so bad at all. In fact, it's still better than some of its direct competitions. Needless to say, overall, OnePlus 3's specs is worth every penny. It's a practically complaint-free and regret-free purchase.

We can't deny the fact that if a smartphone is pricey it means that it has the extra bells and whistles, and if the phone is quite on the affordable site, it means that it compromised some things. The good thing about the OnePlus 3 is that even though it did have compromised some things to reduce cost, these things are pretty minor. It also makes us realize that even though the more premium and expensive phones have the extra glitz and glamor, these said features aren't always that useful and necessary.

So if you're not exactly into the premium feels of pricey phones, there is no way you'll regret the OnePlus 3. It doesn't have Samsung-level display but its 401 pixels per inch density isn't so bad. It also doesn't have a microSD slot, but its 64 GB storage should be enough if you are not a heavy user. If you were able to stay contented with a 16 GB iPhone, the 64 GB OnePlus 3 should be more than enough.

Take note that if you are yet to buy the OnePlus 3 but are hesitant because of the storage, know that there is a newly released OnePlus 3T device that offers a 128 GB variant, as per OnePlus. The 3T also has a slightly improved specs and it is priced at $439 or $479 depending on the variant. Overall, the OnePlus 3. or the OnePlus 3T for that matter is practically one of the best phones on the market if you're looking for value for your money.

Here is the download link for the leaked Android Oreo firmware for OnePlus 3T devices.

OnePlus has issued an over the air update (OxygenOS 4.1.7) to the OnePlus 3 and 3T with the August security patch and some fixes and optimizations.

Moto Z2 Force vs. Samsung Galaxy S8 Plus: Which Smartphone Is More Powerful?

The new Moto Z2 Force is expected to go head-to-head with the famous Galaxy S8 Plus.