In Wake Of Arkansas Murder Case, Amazon Explains What Alexa Can And Cannot Do 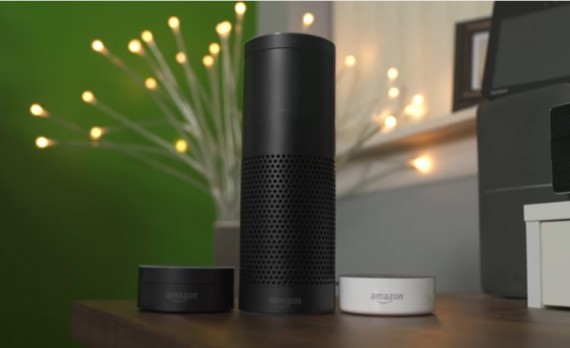 Despite the thousands of Skills that Alexa can do, Amazon says proving a man is guilty or innocent of murder is supposedly not one of them.<br /> (Photo : Kevin The Tech Ninja/YouTube)

A recently used hose, diluted blood spots on cushions and around the crime scene, cleaned-out hot tub fixtures lying on the ground, excessive water consumption after the crime, a dead body floating in the hot tub, and an Amazon Echo.

These are some of the pieces of evidence being used by authorities to pin James Andrew Bates for the death of Victor Parrish Collins.

In the case of the Amazon device, the police are still trying to get Amazon to provide them with the data recorded by the smart speaker. Amazon, however, has been reluctant so far to help out the investigation despite a warrant being served.

For Amazon, there are two main reasons why they cannot help as much as the authorities want it too.

The e-commerce giant, like other companies for that matter, is bound by an agreement not to divulge any personal data of its customers. This has been a major issue among tech companies. Just recently, investigators handling the assassination of Russian envoy Andrei Karlov have asked (or intends to ask, depending on reports) Apple for help. The man who pulled the trigger, 22-year old police officer Mevlut Mert Altintas, owned an iPhone 4s which was recovered from him after he died during a shootout with the authorities.

If Amazon provides the data of the Echo in question, this may set a precedent and affect the company in some ways. First, there will be some trust issues. Second, many fear that devices such as the Echo record everything they hear. While this is not entirely true, the fear, it seems, will not subside.

Yahoo reports that Lynn Terwoerds, founder of Voice Privacy Alliance, thinks there are "serious privacy concerns with this kind of nonspecific warrant". She further expressed that "we have to fight against the myth of Echo listening in on our every word and sending that data to Amazon - it's simply untrue."

As mentioned, some people are reluctant to use smart home devices such as the Echo because of privacy issues stemming from the belief that these devices record everything they see or hear.

Amazon explained that this is not the case.

In an article by the Associated Press and reported by NY Times, Amazon explained how Alexa really works.

First of all, Echo is just a device that houses Alexa, Amazon's artificial intelligence or digital assistant. The one that is always listening is Alexa. But while it is always all ears, so to say, the device and the AI are not recording anything... yet.

Alexa is indeed listening. But it is only listening and waiting to hear the wake word "Alexa" or "Echo". AP described this as "talking to a tape recorder". Everything that was said remains private unless the tape recorder is handed over to someone else for listening.

When the AI hears the wake word, that's the only time it starts processing what was said or would be said. For those still uncomfortable with the idea of something always listening, they can simply disable the microphones in the Echo by pushing the mute button.

If Alexa was not "awake" during, before, and after the crime was perpetrated, then there should be no essential data in the Echo.

Amazon may be worried that if they do help out in the investigation and it turns out that nothing substantial can be gained from the Echo's data files, then they breached their customer's privacy for nothing.

Alexa Users Can Delete Their Data

Anything that Alexa picks up -- the voice snippets, transcripts, and Alexa's responses - are saved on Amazon's servers. Users can always delete them just by using the Alexa app. This, however, lessens Alexa's knowledge of the user's past requests and queries resulting to a less than impressive personalization factor.

What the Police are After

With the knowledge that Alexa records snippets right before the wake word, authorities are hoping they find something that would let them know more about what transpired. Looking for a recorded conversation between Bates and Alexa with the former asking the AI how to get away with murder will be incriminating but highly unlikely. Unless, of course, if bates were that confident and at ease with talking to Alexa.

As of now, police have gathered recordings from Bates' other smart home devices. The smart electronic water meter, in particular, provided them with information about the sudden spike in water usage before Bates called 911 to report Collins' death.

Google Home Will Soon Let You Talk To Mercedes, The Car

Mercedes-Benz and Google are teaming up to develop a smart car that will let it talk to the owner through Google Home.