Is The Xiaomi Mi 6 Mix More Appealing Than The Samsung Galaxy S8? 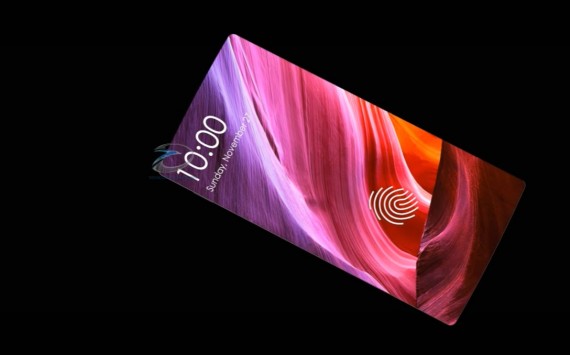 The Xiaomi Mi 6 Mix and the Samsung Galaxy S8 are two of most anticipated upcoming smartphones of 2017. While both smartphones are gunning for the futuristic look, who has the best specs and features to offer? (Photo : TECHCONFIGURATIONS/YouTube)

The release date of the Xiaomi Mi 6 Mix is still a mystery and based on Xiaomi's track record of releasing their gadgets, it is unpredictable. As for the retail price, Xiaomi smartphones are known for its affordable price and according to tech enthusiasts, it could be around $370-440. As for the Samsung Galaxy S8, it was initially reported to be released in April, but there were also reports indicating that the release will be delayed for further tests. And for its retail price, it is rumored to cost $810.

The Xiaomi Mi 6 Mix is reported to be bezel-less with a 100 percent screen-to-body ratio. It will feature a retractable front camera and a software-based home button. There also reports saying that it could possibly feature a fingerprint scanner.

The Samsung Galaxy S8 on the other hand, recent reports indicate that it will ditch the 3.5 mm jack. It will have curved edges, also a almost bezel-less and an edge-to-edge display. However, unlike the Xiaomi Mi 6 Mix, the Samsung Galaxy S8 is reported to only have 90 percent screen-to-body ratio.

The Xiaomi Mi 6 Mix has mixed reports for its internal memory. Some reports are saying it will have a 256 GB model with 6 GB of RAM, while some reports claim it will have 128 GB with also 6 GB of RAM. As for the Samsung Galaxy S8, it is reported to feature 8 GB of RAM.

The Xiaomi Mi 6 Mix is said to feature a 16 MP Dual-LED flash rear camera and a 8 MP front-facing camera. With the Samsung Galaxy S8, reports are claiming that it will feature 2 rear cameras: 13 MP and 12 MP. As for its camera features, hopefully, it will be more powerful than its predecessors.

The Xiaomi Mi 6 Mix only has one reported notable feature. It is said to have a wireless fast charging feature that is capable of charging from zero percent to 60 percent within 30 minutes. As for the Samsung Galaxy S8, it is said to have wireless headphones, wireless charging, possibly an S Pen, and two AI voice assistants called Bixby and Kestra.

Based on the information gathered, I think the Samsung Galaxy S8 has more things to offer (including the Google Daydream). However, there is one thing that we can expect from Xiaomi: innovative designs. Xiaomi is well-known for releasing early innovative designs for its smartphones which are eye-catching and surprising to see, but not really impressive in terms of overall performance just like the Xiaomi Mi Mix which can be labeled as average in performance, but highly innovative in terms of design.

The Xiaomi smartphones are well-known and appreciated for its high-end specs partnered with its affordable price. This time, it has a new smartphone that offers incredible specs and features at an affordable rate.

Samsung Might Include An 'S Pen' For The Galaxy S8

Nokia Edge vs Samsung Galaxy S8: Which Has Sharper Specs And Features?

The Nokia Edge and Samsung Galaxy S8 are one of the most talked about upcoming smartphones in the smartphone industry. Though there are only a number of reported rumored specs and features regaring these devices, tech enthusiasts are already trying to decide which smartphone is better. Nokia is making a big comeback, but can it compete with the likes of Samsung?