Should Samsung Go For A Removable Battery For Its Galaxy Note 8 Flagship? 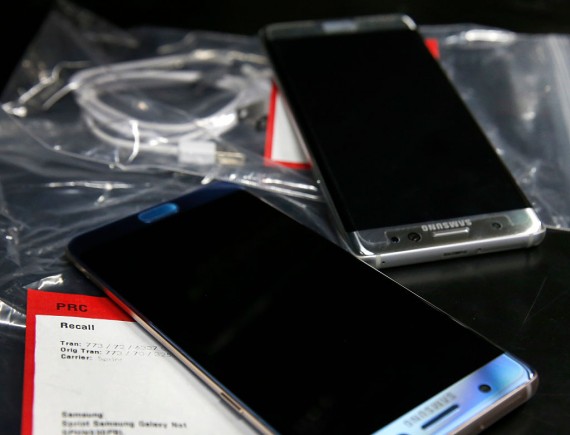 There are reports saying that the next Samsung flagships should no longer have non-removable batteries. (Photo : George Frey/Getty Images)

The New Year has arrived, and in the smartphone world, this only means one thing - new flagships are on their way! With the Apple iPhones being the usual star of every smartphone cycle, it looks like the trend will twist a bit this year and all eyes will point towards Samsung's next Note device. The pressure the company shoulders is pretty undeniable as last year's Note 7 became history for its explosion controversy.

Not long after Note 7's release last year, customers started to report that their new Note devices are exploding. What initially was thought to be isolated cases or incorrect use of accessories later turned out to be a case that calls for a total Note 7 recall. Apparently, Note 7 allegedly has a faulty battery that overheats and ultimately explodes.

With that said, there are reports saying that the next Samsung flagships should no longer have non-removable batteries. Instead, Samsung should make these phones' batteries removable so as to make repairs easier to accomplish. If by any chance the phones will once again have overheating batteries, Samsung and its users can easily have the batteries replaced without much effort. Needless to say, doing this should have its pros and cons.

As mentioned, having removable batteries can make it easier for manufacturers to fix battery-related damages. There's also an obvious user benefit of being able to carry spare batteries in case of using up all your power. Nevertheless, there are also disadvantages to this thing. First of all, having a phone with a steady battery means that there will be zero chance that you'd be using fake batteries, thus, lower chances of damaging your phone through counterfeits.

However, if there's one big advantage that non-removable batteries bring, it would probably be the fact that they make the phones super sealed. In order for companies like Samsung to retain their IP68 dust and water resistance certification, having non-removable batteries is practically necessary. The phones may need to be sealed all throughout to make sure that water has no means of entering the phones' hardware.

With that said, it's safe to say that having non-removable batteries has its own pros and cons. Whether Samsung opts for removable ones this year or not, there will still be advantages and disadvantages. Needless to say, despite the Note 7 battery-related incident, there's still good chance that the company would still go for non-removable batteries. It's simply hard to compromise water resistance in exchange for assurance, when in fact, the company can just improve its battery technology so as to avoid encountering the same issue it encountered with the Note 7.

It looks like Samsung has learned its valuable lessons in quality assurance with the Note 7. With that said, there's little chance that the company will forego any necessary steps in assuring that its next devices pass safety assessments. Samsung may have learned it the hard way, but quality assurance should be on top of each and every smartphone company's priority in the coming season. The audience are now extra vigilant and even the isolated explosion cases of other phone models are getting reported pretty quickly. With that said, Samsung will probably be assuring its Note 8's battery quality whether or not it is removable.