All Apologies: Tech Companies' Epic Fails And Public Apologies In 2016 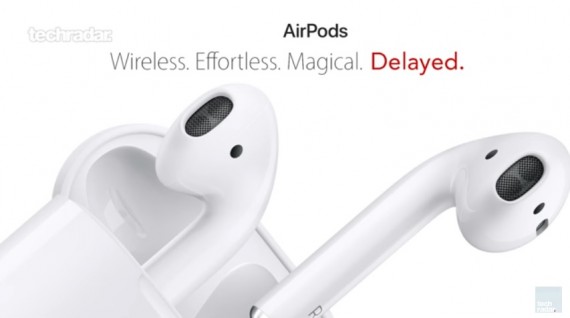 Apple, Samsung and Facebook are a few of the major tech companies that suffered some epic fails in 2017.<br /> (Photo : TechRadar/YouTube)

Apologies here and there. This has been a common theme among some major tech companies in 2016.

The last year saw some of the biggest in technology fall on their knees after some fiascos, debacles, and disasters of a product.

The Korean tech giant is arguably the biggest loser of 2016. A month after the Galaxy Note 7 was released, Samsung was forced to halt production and recall all units in the market. The reason? Faulty batteries that left some of them in smoke.

The Note 7 fiasco was followed by the issue of flying washer lids. Samsung had to recall 2.8 million top-load washing machines after a number of users reported witnessing and some getting injured by the lid flying off due to excessive vibration.

Samsung swallowed all its pride, accepted the mistakes and published full-page ads in some publications to offer their apology. A classy move but may not be enough to erase the embarrassment from people's minds.

It was unthinkable of Apple to do wrong after years of leading the pack in innovations and sales. But this year, Apple made changes that didn't sit well with the majority. The most glaring mistake the company made was getting rid of the headphone jack in the iPhone 7.

Apple followed that up by ditching most of the standard ports in the new MacBook Pro and replacing them with the USB-Type C port. Apparently, the tech giant doesn't go for standards, it creates its own. This is not a bad thing, generally, but when you're making life a tad more difficult for your fans, then you're setting yourself up for an epic fail.

Another issue that dogged Apple was the delay of the AirPods' release. What made this more intriguing is the company's refusal to say the reason behind the delay.

There was no apology from Apple. Instead, we got discounts on dongles (for a limited time) and an Apple CEO defending the changes.

It's never good when an account, a company or a website is hacked. Now imagine more than a billion accounts compromised by hackers. That's what happened with 500 million and 1 billion accounts that were hacked in 2014 and 2013, respectively. The hacking was only announced in 2016.

The company offered an apology saying, "We apologize to affected users. We encourage users to change their passwords on a regular basis and also familiarize themselves with our online safety tips."

The popular social network platform was at the forefront of the proliferation of fake news that eventually contributed to the results of the U.S. elections. Initially, CEO Mark Zuckerberg downplayed the accusations but later admitted that fake news is indeed a problem they have to deal with.

An apologetic Facebook also had to deal with the backlash of "killing" around 2 million people with an account.

"For a brief period today, a message meant for memorialized pages as mistakenly posted o other accounts. This was a terrible error that we have now fixed. We are very sorry that this happened and we worked as quickly as possible to fix it."

Microsoft has had some problems last year with its language - particularly its use of millennial speak and foul words.

The company released Tay, its AI-powered chatbot, in March and internet trolls were quick to abuse the bot. Some trolls were able to "teach" Tay to say foul words particularly racist and misogynistic ones.

"We are deeply sorry for the unintended offensive and hurtful tweets from Tay, which do not represent who we are or what we stand for, nor how we'd designed Tay."

In July, a certain recruiter for the company used phrases such as "Bae Intern! <3" and "Hella norms, lots of drinks, the best beats" in getting millennials to attend its Internapalooza event. Microsoft later dealt with this by saying, "The email was poorly worded and not in keeping with our values as a company. We are looking into how this occurred and will take appropriate steps to address it."