CES 2017: Top 5 Major Trends You Can Expect From The Event 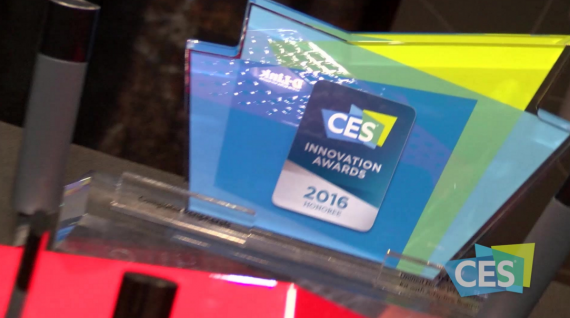 Here are top 5 major trends we can expect from the International Consumer Electronics Show 2017 in Las Vegas. It is said to have around 2-million square feet of exhibit space so many hot predictions may follow. (Photo : CES/YouTube Screenshot)

The upcoming International Consumer Electronics Show (CES) 2017 will be held next week in Las Vegas, Nevada. This year’s show is said to be covering a massive of 2.47 million square feet of exhibit space.

Virtual reality might finally reach the tech world mainstream, self-driving cars may introduce, new flagship smartphones may be seen, curved TVs may be unveiled and much more! Those are the things that we can expect from the CES 2017.

The world’s largest tech convention, the Consumer Electronics Show (CES), held annually in Las Vegas, Nevada in the first week of January. This year, it will on January 5 to 8 and it is said to be celebrating its 50th anniversary. "For 50 years, CES has been the launch pad for new innovation and technology that has changed the world."

With roughly 2.5 million net square feet of exhibit space, more space than ever before will be dedicated to cars, drones, augmented reality, the Internet of Things, robots, wearable tech and smart energy. There will even be a few completely new arenas this year, such as high-tech sleep and baby products. But at least 5 areas of technology will stick out and permeate the market at CES, and likely for the rest of 2017.

Top 5 Major Trends You Can Expect From The Event

According to Market Watch, Consumer Technology Association, the company that hosts the convention, the focus of the event is the showcase of the new software and hardware. Here are the top 5 major trends we can expect from the event.

John Curran, managing director of communications, media and tech at Accenture, has come up with his annual predictions of the prevailing themes at CES 2017. His first big prediction is that artificial intelligence (AI) will be huge at the show.

Whether it’s Amazon Echo and Alexa, Google Home and Google Assistant or Apple’s Siri and Home app, AI will be one of the most in demand thing at CES 2017. Every product ranging from flash drives and mobile apps to cars and robotics, AI will be surely present.

According to Mobile Syrup, robotics marketplace at CES will be home to 25 exhibitors showcasing intelligent, autonomous machines capable of seeing, hearing and reacting to the environment. This year's show is also set to feature a completely separate area with 41 companies working on drone-related projects.

Get Ready For The Cars

Curran said that automotive is certainly a spot where AI is going to be shown prominently. Therefore, we can expect high-performance cars at CES 2017. "In the self-driving car space, we’ve had a number of companies come out and test that technology."

Faraday Future is set to make another huge splash at CES this year. This California-based electric car company unveiled its high-performing FFZERO1 electric car, and confirmed via Twitter that it plans to unveil its production vehicle at some point in the near future.

BlackBerry has stated that it plans to reveal how the BlackBerry brand “will live on in a new generation of smartphones,” at this year’s show. TCL is the company after Alcatel devices and also the producer of BlackBerry’s DTEK50 and DTEK60. For those curious in seeing what BlackBerry and TCL are working on as a partner, CES 2017 is where we expect to learn about the company’s upcoming smartphones.

With the release of many different wireless audio tool, we can expect that at CES 2017, there will be a lot of new "wow" things wireless things. Samsung has already announced that it's bringing "the future of audio" to CES 2017, with new entrants of speakers featuring its audio-upscaling tech and Ultra-high Quality (UHQ) Sound. LG assures that its levitating portable speaker will mesmerize attendees of the show, along with its Tone Studio wearable speaker, a speaker designed to output personal surround sound.

How iPhone X’s Face ID Feature Works with ‘Most’ Sunglasses