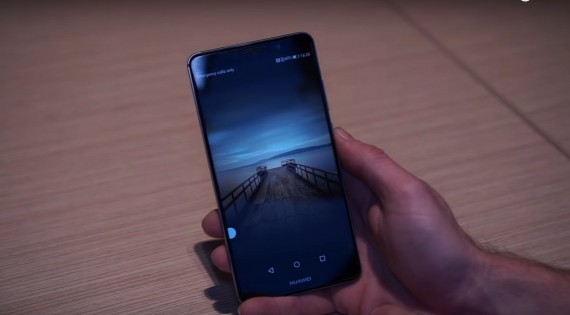 The Huawei Mate 9 is one of the best smartphones of 2016 and was released on the last month of the year. Starting on January 6, 2017, it will also be the first smartphone to have Amazon's Alexa pre-installed on its software. (Photo : Android Authority/YouTube)

The Huawei Mate 9 was first announced last November of 2016 and was later released in December the same year. However, starting on January 6 of 2017 in the U.S., the Mate 9 will be the first ever smartphone to have Amazon's Alexa pre-installed on its software and will only cost for $600.

According to The Verge, Huawei claims that this will be a big plus for Huawei fans. As to why, the app will offer customers a natural and convenient user interface when talking to the digital assistant. It will also be capable of all the usual tasks such as setting alarms, making a to-do list, getting information regarding the news and weather, and many more. And as for exciting Mate 9 owners, the same app will be delivered via an over-the-air update.

New Feature Of The Alexa

Yes, checking weather reports, latest news, setting alarms, and playing trivia games are one of the well-known capabilities of digital assistants. But what can Amazon's Alexa do that other digital assistants such as Apple's Siri and the Google Assistant can't? Just recently, Amazon added a new feature for its digital assistant Alexa. Users can now order food through the retailers own takeaway service Amazon Restaurants.

Though this may sound cool or be something out of a Hollywood sci-fi movie, this feature has its downsides. According to reports, the first problem is you can only order from the service Amazon Restaurants which was already mentioned earlier. Second, you can order meals that you have had in the past. Third, you need to be a Prime member to do so. And lastly, it is only available in 20 cities in the U.S. (Atlanta, Austin, Baltimore, Brooklyn, Chicago, Columbus, Dallas, Houston, Los Angeles, Phoenix, Portland, Manhattan, Miami, Minneapolis, Northern Virginia, Orlando, San Diego, San Francisco Bay area, Seattle, and Tampa).

Specs And Features Of The Huawei Mate 9

Display. If you like curved screens, the Huawei Mate 9's screen does not have kind of display design. Instead, it features a 5.9 inch IPS LCD capacitive touchscreen with a screen resolution of 1080 x 1920 pixels. It even has a Blue Light filter which is designed to protect the user's eyes from harmful blue lights that are most apparent in low-light conditions.

Platform. The Huawei Mate 9 runs on Android 7.0 Nougat. It is powered by Hisilicon Kirin 960 chip which is one of the fastest processors in 2016. Regarding its software performance, it is reported to have a smooth performance and shows no signs of lag whatsoever.

Memory And Camera. The Huawei Mate 9 features 64 GB with 4 GB of RAM. It has an expandability option of up to 256 GB. As for its camera specs, it features a dual rear camera that has 20 MP and 12 MP. It features a 8 MP front camera.

Battery. The Huawei Mate 9 houses a non-removable Li-Po 4000 mAh battery. It takes 90 minutes to be fully charged and can charge 50 percent of battery life in 30 minutes. It even comes in with Huawei's super charge feature which has an intelligent charged that combined with constant battery monitoring, lets the smartphone avoid any unwanted overheating situation.

A YouTube channel named Android Authority has partnered with Huawei to conduct a giveaway contest with the Huawei Mate 9 as a prize. The Huawei Mate 9 features a 5.9 LCD display, 64 GB with 4 GB of RAM, runs on Android Nougat, and features 20 MP and 8 MP cameras.

The Huawei Mate 9 Porsche design offers unique features with its impressive specs. The only downside of the latest device is its expensive price that costs $1450-$1500.