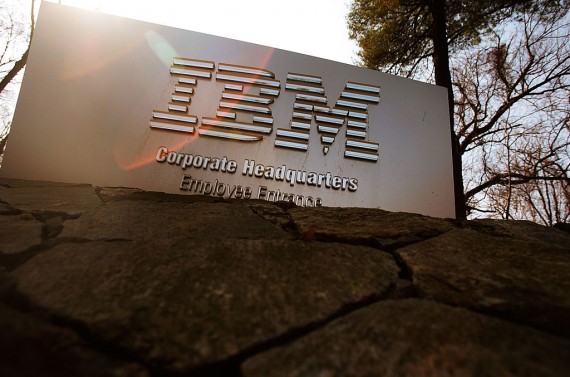 IBM predicts for the near future the arriving of five life changing innovations. (Photo : Photo by Chris Hondros/Getty Images)

IBM researchers revealed their predictions for five big life-changing innovations in the next five years.

According to Venture Beat, the tech giant's predictions are dubbed "IBM 5 in 5." They are presented in detail on IBM's research website. More than 3,000 IBM researchers spammed across 12 labs located on six continents have contributed to the predictions. These predictions focus on medical labs on a chip, AI-based superhero vision, macroscopes that capture the Earth's complexity, the future of artificial intelligence and mental health, and smart sensors that will detect environmental pollution. We will be able to dramatically enhance energy efficiency, improve farming, prevent premature mental and physical health decline and spot harmful pollution with the help of innovations in these areas.

Medical Labs 'On A Chip'

For many diseases, early detection is vital. Early diagnoses of disease are more likely to help that the medical condition is cured or well controlled. But diseases like Parkinson's or cancer are hard to detect. Before symptoms appear these diseases are hiding in our bodies.

Tiny bioparticles in bodily fluids such as blood, tears, saliva, sweat and urine can provide information about the state of our health. But it is challenging for existing scientific techniques to capture and analyze these bioparticles that are thousands of times smaller than the diameter of a strand of human hair.

New medical labs on a chip will serve in the next five years as nanotechnology health detectives. They will be able to trace invisible clues in our bodily fluids in order to notify us immediately in case that we have reason to see a doctor. All of the processes necessary to analyze a disease that now are carried out in full-scale biochemistry labs will shrink down to a single silicon chip. This miniaturized and innovative lab-on-a-chip technology will not only allow people to quickly and regularly measure the presence of biomarkers in small amounts of bodily fluids but also stream this information into the cloud from the convenience of their home.

Artificial intelligence and hyper imaging will help us achieve a superhero vision. The naked eye is not able to observe more than 99.9 percent of the electromagnetic spectrum. Scientists have built instruments over the last 100 years that are able to sense energy at different wavelengths.

We rely on some of these instruments today in order to see the cavity inside our tooth, take medical images of our body, land a plane in fog or check our bags at the airport. But these instruments are incredibly expensive and specialized and they are able to only see across specific portions of the electromagnetic spectrum.

New imaging devices using AI and hyper imaging technology and AI will appear in the next five years. By combining multiple bands of the electromagnetic spectrum, they will help us see broadly beyond the domain of visible light in order to reveal potential dangers or valuable insights that would otherwise be hidden from view or unknown. These devices will be accessible, affordable and portable, so superhero vision can be part of our everyday experiences.

New sources of data are pouring in from millions of connected objects, thanks to the Internet of Things. Data is coming in from light bulbs, refrigerators and your heart rate monitor to remote sensors such as weather stations, cameras, drones, telescope arrays and satellites. According to tech experts, there are in the world already more than six billion connected devices. Each month, they are generating tens of exabytes of data, with an annual growth rate of more than 30 percent.

We are now in the process of digitizing the physical world by digitizing social interactions, business transactions and all kind of information. According to IBM, in five years, we will use specialized AI software and machine-learning algorithms to organize the information about the physical world. This way it will be possible to bring within the range of our vision and understanding the vast and complex data gathered by billions of devices. Tech experts call this a "macroscope," a system of algorithms and software to bring all of Earth's complex data together in order to easily analyze it for meaning.

AI Will Analyze Our Mental Health

One in five adults in the United States experiences today a mental health condition. These health conditions could be mental such as in case of depression and psychosis, or they can be neurological such as in case of Parkinson's, Alzheimer's, Huntington's etc. But unfortunately, every year around half of individuals with severe psychiatric disorders do not receive any treatment.

Speech is a key to unlock the knowledge about the brain. IBM predicts that in five years artificial intelligence apps will analyze what we say and write and use them as indicators of our physical wellbeing and mental health. Patterns in writing and our speech will be analyzed by new cognitive systems in order to provide signs of early-stage neurological or mental diseases.

Until their effects make them impossible to ignore, most pollutants are invisible to the human eye. For instance, methane is the primary component of natural gas that is commonly considered as a clean energy source. But methane can warm the Earth's atmosphere in case that it leaks into the air before being used. After carbon dioxide (CO2), methane is estimated to be the second largest contributor to global warming.

According to IBM's predictions, in the next five years, networks of sensors will help us detect and manage environmental pollutants. New, affordable sensing technologies could be deployed around storage facilities, near natural gas extraction wells and along distribution pipelines in order to pinpoint invisible leaks in real time. Networks of IoT sensors could be wirelessly connected to the cloud in order to provide continuous monitoring of the natural gas infrastructure.

IBM Put Customers At Risk With Malware-Infested Flash Drives, Here’s What To Do

IBM and Visa announced the collaboration on Thursday at an event in Munich to bring secure payment experiences to all sorts of connected products and services.