Can WikiLeaks Lose Its Credibility If Kremlin´s Involvement In The Election Proves To Be Real? 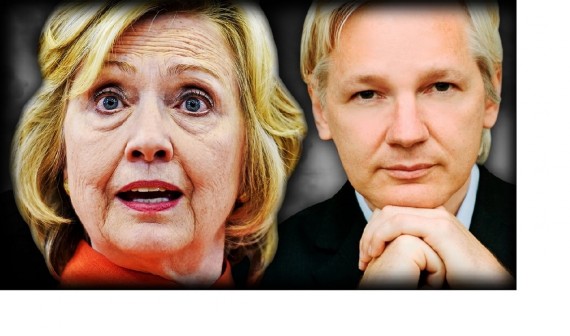 What seems suspicious about WikiLeaks publications is the fact that the group has always targeted western governments and leaders, which is a move that casually or not, always benefits Vladimir Putin´s regime. (Photo : Stefan Molyneux/YouTube)

The 2016 U.S. presidential elections keep being a delicate issue all over the world, not only because of the outcome or WikiLeaks activities but also because of the fact that the U.S. intelligence agencies claimed that groups of hackers related to Russia´s government were the ones who hacked the DCN and John Podesta´s emails.

Naturally, WikiLeaks and Julian Assange has been blamed for collaborating with these hackers and consequentially with the Kremlin, but he has said in many opportunities that the sources that his group used to publish the Podesta´s files weren't from the Russian. In fact, in a recent interview made by Fox News host Sean Hannity, Assange said that even a 14-year-old could have hacked Podesta´s personal email since its security measures were extremely weak.

The US Intelligence Agencies Knows Who Provide The Information To WikiLeaks

However, every single U.S. intelligence agency has explained that their investigation reveals not only that those who stole the emails were Russian hackers related to the Kremlin, but also the go-between used by them to provide the documents to WikiLeaks. Of course, this is a situation in which the whistleblower organization and its leader don't have a strong argument to defend its position, unless that the group assures that the intelligence agencies are running an unprecedented conspiracy in order to harm their image and Donald Trump´s government, which doesn't seem coherent.

This whole panorama opens the big question: could WikiLeaks lose its credibility if their collaboration with Vladimir Putin´s regime proves to be real? Unfortunately, the answer depends on your position on this issue, considering that what the pro-transparency organization reveals, are real classified documents that show the truth behind several political events of the most powerful governments.

Nevertheless, the fact that WikiLeaks made these actions because of certain political interest, turns the group into some kind of biased weapon that will only focus on a specific target, instead of keeping its independence and reveals the truth about every politician, government or political party.

And of course, this is something that makes it lose credibility even if its publications are facts, considering that far from being justice and transparency heroes, WikiLeaks acts as a mercenary corporation that will only reveal classified documents from the party that its boss wants to delegitimize, and in this case, the boss seems to be Vladimir Putin, and the party seems to be the western governments and leaders.

Of course, WikiLeaks relationship with the Kremlin is not precisely secret, since it has been known that Julian Assange received money for appearing on a Russian state TV, and had a major involvement in NSA whistleblower Edward Snowden ending up in Russia. Also, the pro-transparency organization has never published delicate documents relating to the Kremlin or its allies.

Naturally, what happened in the U.S. presidential election was a simple fulfill of Russia´s interest: publishing any kind of classified information regarding Hillary Clinton and the Democratic party in order to harm her image and get the Republican Donald Trump elected. The equation is not difficult at all, a Clinton´s government would extend the cold-war relationship between U.S. and Russia´s governments, while Trump would represent a new ally for Putin that could set a new geopolitical order that would extremely beneficial to Kremlin´s ambitions of extending its dominance over the world.

In this whole picture, WikiLeaks credibility cannot be taken seriously, because even when the group publishes real documents about real events, making this move with specific targets instead of any governments, makes Julian Assange´s group an agency with a determined agenda behind its actions and publications.

And of course, with a political interest to fulfill.

One of the most controversial documents that WikiLeaks released during the 2016 presidential election was the one that showed the relationship between the DNC and The Washington Post and CNN.

The ZTE Blade V8 Pro is one of the greatest surprises we´ve seen so far in the CES 2017, given the fact that this is a budget smartphone that could easily become a flagship killer.