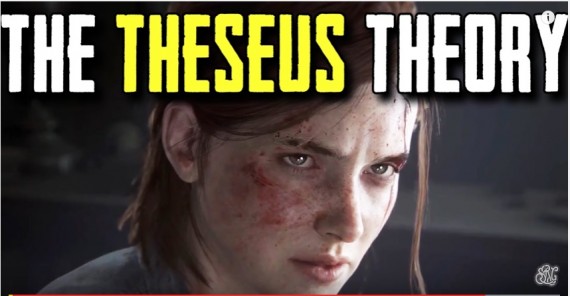 The Last Of Us 2 is in perfect position to destroy all numbers in video game history. Arguably the most anticipated game of this year is about to unfold. Fans already created numerous theories but the name Theseus is the most intriguing on the list. (Photo : Strange Rebel Gaming / YouTube)

No disrespect to other video games but The Last Of Us 2 is the most anticipated game this year. They also have a shot of taking the nod as the game of the year basing on their first trailer alone.

Naughty Dog surprised everybody when out of nowhere they released a trailer of The Last of Us Part 2. Fans have waited numerous months about this sequel and finally they decided to show it to the world. The epic trailer was shown at a live event at PlayStation Experience late last year. The 3 minute video created a buzz and fans already created some speculations about it.

The Last Of Us 2: Theories And Symbolism

This might not be the very first time you’ll encounter about this but, here it goes. Ever since Naughty Dog and PlayStation released the trailer of The Last Of Us 2, there are countless of speculations popping out at every corner of the gaming world. The very first theory was about Joel. A lot of fans are convinced that Joel is Dead. Neil Druckmann( Naughty Dog, Creative Director), took time and explained the real situation of Joel.

According to the renowned creative director, if the first installation of the game used the perspective of Joel, from gameplay, theme and music, he won’t be shocked if the same thing will happen on The Last Of Us 2. Meaning, the trailer that was released, the theme music that was use, the surrounding and scenarios that was portrayed those mean something on the game. He specified about the emotions Ellie was trying to show. Ellie right now is a young lady who shows anger and madness at the same time.

The Last Of Us 2: Who Is Theseus? Is He Related To Ellie?

Probably the most intriguing part of the latest trailer is the name on the wall, Theseus. At first, it was just an ordinary writing on the wall until legion of fans and a reliable YouTuber broke it down into pieces. The trailer shows Ellie was playing the guitar passionately. The camera angle then changes from Ellie to her surroundings. Fans was able to detect some weird things inside the room. A band poster is present, the thing on the window looks suspicious and a clear name that reads Theseus.

The YouTuber then created a theory about Theseus. She was able to connect Theseus with greek mythology. As per history, Theseus is the Greek son of Aethra, Aegeus and Poseidon. The story states that Theseus was one of the seven men who was sent to destroy and kill Minotaur. He was able to do it and was planning to return home with Aridane. However, his parents didn’t like the idea and told Theseus to leave her.

Due to this, Theseus forgot to raise the white sail which meant good news. His father saw the black sails return to Athens which led to him committing suicide. Going back to the theory, it was stated the Ellie will be Theseus and her going to Fireflies will be a huge mistake. We will also see the very first conflict between Joel and Ellie basing on the information provided.

Overwatch is once in a lifetime video game. It is very entertaining and challenging at the same time. They were awarded as the Game of The Year last 2016 due to variety of reasons. Today, reports have been circling the internet that the latest update is on its way.

Call Of Duty: Infinite Warfare will bring back one of its best mode in the game, Reinforce. This was initially introduced last December and was taken away the same month. However, as per reports, they will bring back Reinforce due to variety of reasons and players are extremely happy about it.

The Last Of Us 2 Update: Ellie Is Out For Retribution

The Last Of Us 2 is in perfect position to be crowned as the best game this year. Arguably the most anticipated sequel in video game is already filled with surprises. Joel will still be the lead on this game but we might see a different side of Ellie as she is hungry for retribution.

Square Enix has announced that Final Fantasy VII Remake is finally available for download on Steam, but there's a catch, this game requires 100GB of memory!