WikiLeaks Will Respond On Monday CIA´s Report About The Russian Hackers: Who Should We Believe? 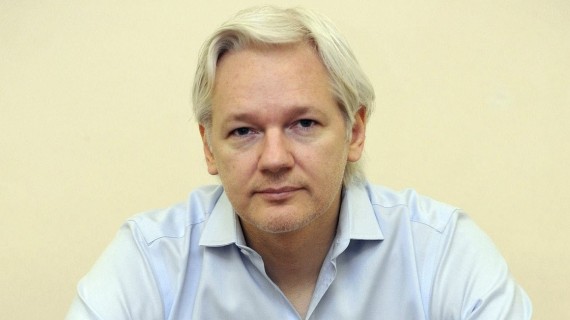 Top-secret documents leaked by Edward Snowden have revealed new details about how the United States and Britain targeted the whistleblowing website WikiLeaks after it published leaked documents about the U.S.-led war in Afghanistan. (Photo : Democracy Now!/YouTube)

After the U.S. intelligence agencies confirmed that Russian hackers aligned with Vladimir Putin´s regime stole classified documents from the Democratic party in order to help Donald Trump get elected, the pro-transparency organization was immediately in the spotlight, given the fact that the group not only will get its image seriously harmed because of this but also claimed on several occasions that its sources for the leaks were not Russian hackers.

However, far from changing the tone and the arguments, WikiLeaks have keep pushing on its position and even got to the point of holding a press conference tomorrow in order to deny the assertions made against them of working with the Russian government and to respond the U.S. intelligence agencies. Naturally, controversy is expected, and the tension between WikiLeaks and the intelligence agencies is likely to increase by large. Given tomorrow´s event, who should we believe?

The cornerstone of this party is a 25-page declassified report released by the Office of the Director of the NSA, in which it´s explained almost everything about what happened which the hacks and leaks, revealing that the Russian Military Intelligence (GRU) stole classified material from the DNC and senior Democratic officials as Hillary Clinton´s campaign chairman John Podesta, and decided to relate it to WikiLeaks.

Apparently, Moscow already had the plan of getting Donald Trump elected, and the best way of destroying Clinton´s image in the most harmful way would be if the documents were released by an organization with a great reputation and authenticity as Julian Assange´s group. The key of getting Donald Trump elected is because his presidency would set a turning point in U.S.-Russia relationship, to the point in which both nations could now be partners in major geopolitical decisions.

Of course, the report also explained that this move from the Kremlin was made to undermine the public faith in the U.S. democratic process, and harm the image of a candidate that represented the continuation of U.S.-Russia strained relationship in the last years. What remains uncertain about this position on the issue, is why there was no kind of actions at the moment it was known that a foreign government was interfering with the political event.

On a recent interview made by Fox News´ host Sean Hannity, WikiLeaks´ leader Julian Assange explained that there wasn't any kind of involvement between his organization and Russian hackers, since these were not the sources for the eventual publications In fact, Assange has repeatedly told that the intelligence agencies and president Barack Obama were lying, since blaming the Kremlin was only political move to delegitimize Donald Trump, considering that even a 14-year-old boy could have hacked John Podesta email account and DNC servers, since the security measures were extremely weak.

Of course, the Russian regime has also denied the accusations, claiming that there were not interested in the U.S. presidential election and that the American government was trying to divert attention just as it did with Saddam Hussein´s alleged weapon of mass destruction. Also, even the president-elected Donald Trump dismissed the allegations and told that the fault was from the DNC because of its negligence in not having the proper security measures in order to avoid a hack.

Although it seems like WikiLeaks will keep on its tune, the whistleblower organization will have to prove its position with evidence that shows that its sources were not the Russian hackers. Nevertheless, shielded under the argument of defending the source´s integrity, Wikileaks will not reveal who was the real person or group who provide the stolen documents.

Can WikiLeaks Lose Its Credibility If Kremlin´s Involvement In The Election Proves To Be Real?

What seems suspicious about WikiLeaks publications is the fact that the group has always targeted western governments and leaders, which is a move that casually or not, always benefits Vladimir Putin´s regime.

One of the most controversial documents that WikiLeaks released during the 2016 presidential election was the one that showed the relationship between the DNC and The Washington Post and CNN.