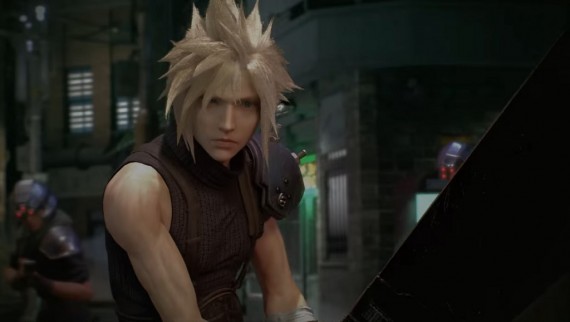 Looks like fans will have to wait a while longer before they can get their hands on KH3 and the FF7 remake. (Photo : PlayStation/YouTube)

Fans all over the world are in a frenzy when they just realized that one of the greatest video games of all time has just been put up on a popular online shop, revealing new details. The “Final Fantasy VII Remake” that every gamer in the world has been looking forward to has just been put up on EB Games Australia and it might have just hinted the release date of the said game.

“Final Fantasy VII Remake” has been finally listed on EB Games Australia for pre-orders for the Xbox One version, which means the said game won’t be exclusive to PlayStation 4. The thing is that the release date stated in the information says “TBC 2017”, which probably means to be confirmed in 2017. But players who are anticipating the release are already hoping that this is actually a hint that the role-playing video game remake will actually be released sometime this year. With PlayStation 4 versions usually released first before the Xbox One versions, the game might just be out sooner than everyone thought.

With the new information taken from EB Games Australia, the hopes of millions of gamers are being refueled since there was a rumor just last year, in December to be exact, that the first part of the “Final Fantasy VII Remake” will be released this year. Aside from that, it is said that it will actually be released together with the upcoming “Final Fantasy XII: The Zodiac Age”.

“Final Fantasy XII: The Zodiac Age” was revealed by Square Enix in June 2016 and it is planned to have a worldwide release this year for PlayStation 4. It is the remastered version of the “Final Fantasy XII International Zodiac Job System” and will feature new songs, enhanced technical performance, as well as a brand new trophy support. “Final Fantasy XII” was first released as a role-playing video game in March 2006.

Going back to “Final Fantasy VII Remake”, it is said that it’ll be bundled with the above mentioned game. This was brought up because it might just be to commemorate the 30th anniversary of “Final Fantasy VII” as well as “Final Fantasy XII: The Zodiac Age” put on the front line to celebrate the birthday of the “Final Fantasy” series. Though Square Enix has yet to confirm or announce further details regarding the release dates of the two aforementioned upcoming “Final Fantasy” installments, many are already certain that they will be released this year.

Hajime Tabata has already promised that it will be releasing a new announcement regarding the “Final Fantasy VII Remake” but he never mentioned anything more about the release date. Tabata though did reassure avid fans that development of the said video game remake is currently moving forward. He also further stated that the “FFVII” remake looks into adopting the specifics used in “Kingdom Hearts 2.8” and plans to release a huge chapter of the said “Final Fantasy” game instead of releasing it into several small parts.

Square Enix has already revealed that “Final Fantasy VII Remake” will be cut into two parts since the length of the story and gameplay from the original version cannot fit into just one game. With that said, they do not intend to squeeze everything into one production to respect the game. The remake will be adapting the same story, same characters with no new ones to introduce, and will be adding new features such as a new combat system to improve the gaming experience.

The latest poll for the most wanted games has been updated and the first chart of the year reveals "Dragon Quest XI", "Final Fantasy VII" Remake, and two more titles in the top spots.

Find where all the pieces of hidden treasure map are in "Final Fantasy XV" and complete all the quests for "Scraps of Mystery Map" to find out where the treasure is.

‘Digimon’ Digivices Are Back And Upgraded In Celebration Of 20th Anniversary

Bandai is returning the Digivices to the market this March in two versions to celebrate the 20th anniversary of the "Digimon" franchise. Read on to find out more details.