Apple iPad 2017: Three Models Could Be Released This Year 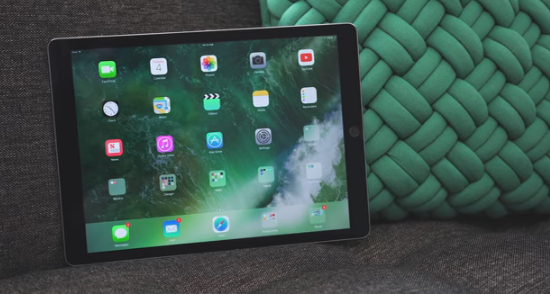 The iPads could finally be refreshed by Apple this year. (Photo : MacRumors / YouTube)

As Apple celebrates its tenth year in the iPhone business, fans are getting more and more excited about the company's anniversary iPhone release. However, according to recent reports, Apple may have more than just iPhones up its sleeves this glorious year of 2017. Apparently, this year may be the perfect time for the company to refresh its line of iPads.

As per a Neowin report, Apple might actually shake things up with the new iPad models. It was said that the company has seen a constant decline in iPad sales since the last quarter of 2015. This is why an iPad "shakeup" is deemed long overdue.

Famous KGI Securities analyst Ming-Chi Kuo has already mentioned that Apple will be refreshing their tablets line this 2017. A new model might also be added to the lineup. It's worth noting that predictions and expectations like these may often come off as suspicious. However, Ming-Chi Kuo has already established his reputation in the industry and he has already provided accurate Apple predictions to the fans. He did not only accurately leaked the then anticipated iPhone 6S details, he has also predicted the existence of new products like the iPhone SE and the original iPad Pro.

Expected Apple iPads To Be Launched 2017

According to the noted analyst Ming-Chi Kuo, Apple plans to unveil three iPads this year. There could be a second-gen iPad Pro that's 12.9-inch in size and comes with an A10X chip. There could also be a new iPad that's around 10-inch in size. This iPad is expected to be high-end and to also be powered by an A10X processor. Additionally, this iPad is also expected to feature a super narrow bezel design that could also come without the iconic iPad home button. On top of these two tablet devices, there could also be a lower-end iPad that's 9.7-inch in size and powered by an A9 processor.

As per a 9to5mac report, iPad shipments this year may actually still decline for its year over year figures. However, the decline is expected to narrow down to 10 percent as compared to the previous year's 20 percent decline. This is due to the promising demand expectation for the 10 inch iPad, at least for the enterprise market. The low-end 9.7-inch variant is also expected have a great shipment contribution that could account for more than half of the 2017 iPads' shipment.

Apple iPads 2017: Are They Worth Buying?

As of now, it's still hard to predict the fate of the upcoming iPads. Sure, iOS tablets offer a lot of perks that Android ones do not have. However, in times when phablets are becoming a bigger deal than ever, it's safe to assume that not everyone may be in the market for a tablet. With that said, the market for iPads may now actually be limited to a certain set of individuals like the business and education sects. Needless to say, the only way to find out the 2017 iPads' fate is by waiting for its actual release. Rumor has it that Apple may be unveiling its new tablets no later than Q2 this year.

At its recent WWDC conference, Apple announced a new 10.5in iPad Pro, complete with new features and a revamped screen, making it undoubtedly one of the most powerful tablets.

A number of upgrades, including a more powerful A10X chip, a new slim-bezel design, and a revamped Apple Pencil are coming to Apple's upcoming iPad Pro 2 12.9-inch.

The 9.7-inch Apple iPad 2017 is an impressively fast and smooth tablet for a surprisingly cheap price.

Apple has released a formidable line-up of tablets but which one to get is entirely up to the needs and wants of the user.