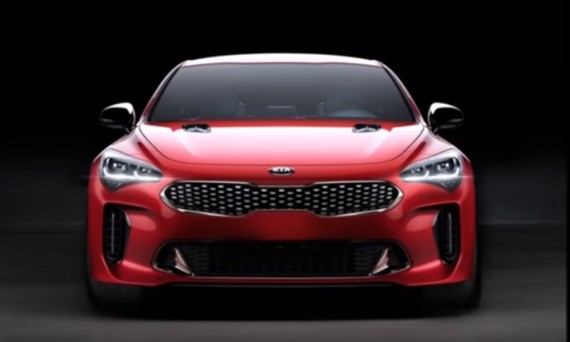 Kia is one of those automaker names that usually get ignored whenever people talk about stylish cars. That was until a few years ago when things started to change for the Korean automaker as it began offering SUVs with great designs. Now, it looks like Kia has stepped up its game as it introduces its new stinger that can stand toe-to-toe with the likes of BMW and Audi.

Given the reputation of the BMW and Audi when it comes to stylish cars, many of us have expected that one of them will be crowned the Best Production car in the annual Detroit Auto Show's Eyes on Design Awards. One of the best things about auto shows is that it's a place where some of the most unexpected things happen.

With heavy competition like Audi and BMW, the last thing anyone would expect is for Kia's Stinger to bring home the Eyes on Design Award. And yet here it is, stinging the top names in styling and coming out on top. Kia certainly has a lot to be proud of. "Usually, concept cars disappear after they appear at an auto show. So, I am really pleased this concept car came through virtually unchanged as a production car," said Eddie Rayyan, Product Manager of Kia in a report.

You might be thinking that Kia must have had some incredible stroke of luck but the Korean automaker's victory is no fluke. Not only is the 2018 Kia Stinger a very stylish car but it also has considerable amount of power under its hood. Business Insider reported that the 2018 Kia Stinger is equipped with a 2.0-liter turbocharged four-cylinder engine that is capable of delivering 255 horsepower in the base level.

Accordingly, it also has a performance GT option twin-turbo V6 that can crank out 365 horsepower. This allows the 2018 Kia Stinger to go from zero to 60 miles per hour in 5.1 seconds as reported. These powertrains are paired with an eight-speed automatic transmission that delivers the power through a standard rear wheel drive (RWD) setting and an optional all-wheel drive (AWD) configuration.

The BMW 4-Series Gran Coupe, BMW 3-Series, Audi A5/S5 Sportback, Audi A4 along with Infiniti Q50, Jaguar XE, Lexus IS and Cadillac ATS are considered to be the top dogs in the premium market. These will be the likes of which the 2018 Kia Stinger will compete with. The 2018 Kia Stinger has already proven that it can hold a candle against some of them and it will be interesting to see how things will turn out in the future.

Here's why waiting for the arrival of the 2018 Honda Cvic Type is worth your while.

The epic clash between the 2017 Honda Pilot vs 2017 Toyota Highlander arrives at crashing conclusion.

The 2018 Kia Stinger took a lap on the famed Nürburgring Nordschleife race track and impressed with its amazing driving experience.

RAM Rebel joined the dark side as it made its 2017 Detroit Auto Show debut in a Black Edition.