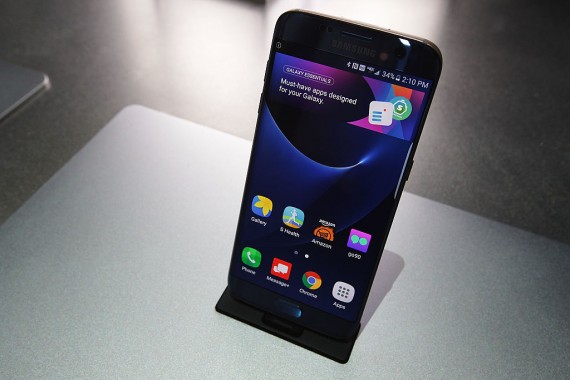 Now that the new calendar year has already started, we're pretty sure that a huge wave of new smartphones are also prepping to be launched. While most eyes are waiting for flagship releases, there are people who are more interested in midrange devices. The good thing about midrange phones is that they are cost-friendly but at the same time, competitively spec'd.

Mid-range phones may not have all the extra perks that you can find in super expensive and premium phones and they may not be powered by top-of-the-line processors, but as a whole, they can provide all your smartphone needs without being very expensive. If you're one of the people who are pro-midrange phones, here are some of the devices 2017 has to offer.

Samsung's midrange labels are the Galaxy J and Galaxy A series. As per Phone Arena, the 2017 phones from these two series have already been revealed by a market insider. It was said that the Galaxy A aims for a 20 million target and the Galaxy J has a 100 million target. Right now, Samsung has already unveiled one model from its midrange series. The Galaxy A 2017 was revealed last week and it is coming to less developed markets like Eastern Europe and Russia. This phone isn't coming to the US and is more targeted towards the mentioned countries where midrange phones have already been proven popular.

As for the Galaxy J series, there's also good chance that it won't be officially sold in the US. If you're from the States and eager to get a J series phone, you can actually buy one as there are many means to do so. However, just make sure to do your research to find out whether or not the devices will work properly on your desired carriers. The Galaxy J series has been very popular and pretty much more embraced than the Galaxy A series, practically for its superb specs and low prices. As per the recent leaks, the 2017 Galaxy J smartphones will be strongly improved over its predecessors.

Asus has already revealed a number of smartphones to enter the 2017 market. There's the Asus Zenfone Pegasus 3s that comes with a 5.2 inch display, at least 32 GB storage, 3 GB RAM and 13 MP/8 MP camera combo. There's also the Asus Zenfone 3 Zoom ZE553KL that comes with a bigger 5.5 inch display with higher resolution. This phone also comes with a more powerful internals and more competitive camera specs (13 MP front camera and dual 12 MP rear cam). Both phones then come with an FM radio and a massive 5000 mAh battery.

Asus has already established its worth to the consumers last 2016. The company has actually made it hard for its competitions to compete with the Zenfone series spec to spec. The huge batteries, amazing cameras and all Asus' native features absolutely made the company a clearer option for those looking to buy a new phone, at least in markets where the Asus Zenfone models are widely sold.

As of now, one Android smartphone has come out of Nokia's doors. The Nokia 6, although widely talked-about, has only been launched in China. Nevertheless, more phones are expected to come out from Nokia during the span of the whole year. There are news saying that there could be at least four Nokia Androids this 2017 and there are also news saying that there could be at least six. What's certain is that HMD Global, the new licensed owner of Nokia, promises to release a number of new Nokia smartphones this year.

The new Nokia 6 smartphone is higher mid-range in specs and it is expected that the next series of smartphones from Nokia will also mostly fall under the midrange category. It's quite obvious that the company doesn't want to dive too deep into the smartphone market. Instead, Nokia looks like it wants to take things slowly but surely. Hopefully the company can do as great as it did before the rise of smartphones.

Galaxy S8 2017 Rivals Samsung Should Watch Out For

The Galaxy S8 is bound to be released April 2017 but there is more to this year than Samsung's S-flagship.

MWC is coming up and new flagship phones are expected to be showcased.

There are already a bunch of rumors about the upcoming 2017 flagship phones.