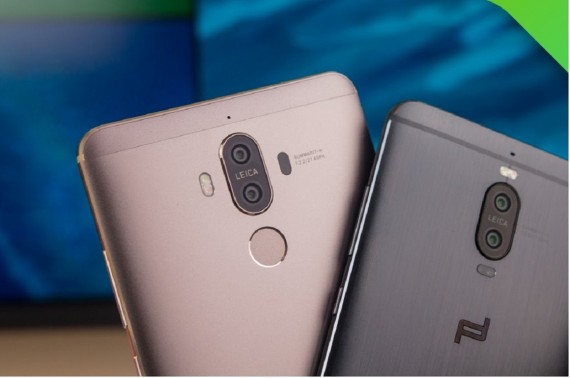 The Huawei Mate Pro 9 is such an outstanding mobile device with its stunning specs and features that promise to create a wonderful experience to the consumers. (Photo : Android Authority/YouTube)

The Huawei Mate 9 Pro has been such an outstanding mobile device that many believe that this could be the company´s first major blow to Apple and Samsung, given the fact that this smartphone has some incredible specs and features that make it one of the most outstanding devices ever created. In fact, it could easily be considered as the greatest smartphone in 2016, and here are three reasons to believe it.

The Huawei Mate 9 Pro Has An Extraordinary Processor

Naturally, this is a detail that makes the Huawei Mate 9 Pro the best smartphone in 2016, given the fact that this device runs so fast and smoothly that you can do almost anything you want with it, without worrying for any kind of slowness, which is something that can happen even with some of the most important flagships released last year.

Of course, this is because the Huawei Mate 9 Pro´s processor is Huawei´s own Kiri 960 chip, which is practically the fastest you can find among any Android chip on the market, including the almighty Qualcomm´s Snapdragon 820 or even the 821. Naturally, this makes the phone insanely fast and great to do whatever you want. In fact, this chip is even better than Samsung´s Exynos 8890, which has been considered as one of the greatest processors that exists right now.

One of the most important detail that any mobile device should have is a decent combination between the size of the screen and the body, considering that this is something that determines how comfortable the smartphone is, which is definitely the thing that every single user looks when it comes to buying a great mobile device. Believe it or not, the Huawei Mate 9 Pro is possibly the most incredible phone in this particular feature.

Unlike the Huawei Mate 9´s 5.9-inch screen, this smartphone sports a 5.5-inch one that makes it way more comfortable and easy to use, considering that it feels way better. Also, the Huawei Mate 9 Pro has an AMOLED display that clearly excels the previous version, and this part of the phone is dual-curved without looking as a curved-screen mobile device, given the fact that the curves are extremely subtle.

The thing about these shallow curves is that even when the Huawei Mate Pro 9 won´t have the same incredible effect of visuals as other great smartphones as the Xiaomi Mi Note 2 or even the Samsung Galaxy S7 Edge, this device doesn't have the erroneous and annoying palm touch issue.

An Amazing Fingerprint Sensor And A Great-Looking Notification Shade

Of course, the Huawei Mate 9 Pro has incredible specs and features that could easily match -and even excel- the greatest flagships released last, year, but there are some details where this mobile device becomes so unique that no other smartphones could be compared to it.

One of these is the fingerprint sensor, since this is definitely the fastest on the market bar none, which is something great considering that this is one of the coolest features that the best phones have right now, to the point in which this is practically the device that determines the greatness of a particular mobile device.

Also, another incredible detail about the Huawei Mate 9 Pro is that it´s EMUI software has cleaned up a lot, making the notification shade so incredible and good-looking, that there´s not a single phone that has a similar one. In addition to a much more affordable price than the most important flagships of 2016, the Huawei Mate 9 Pro remains as mobile device out of this world.

Believe It Or Not, 4Chan Trolls Could Have Made Up The Story About Donald Trump And His Unusual Sexual Activity

If this information ends up being true, Donald Trump will definitely face one of the most incredible controversies that ever happened to a U.S. president, considering that we´re talking about a delicate sexual scandal.

Nokia 6 Could Be Released Any Time Soon; Availability Exclusive Only In China?

Although it´s not known if the Nokia 6 could be launched globally, this is a phone that even when its specs are not flagship material, it still represents greatness in quality.

Although the Nintendo NES Classic can be easily hacked, the process requires a lot of precision, given the fact that being a hardware operation, the video game console can get seriously damaged.