Nintendo Switch Guide: Important Things You Need To Know Before Buying It 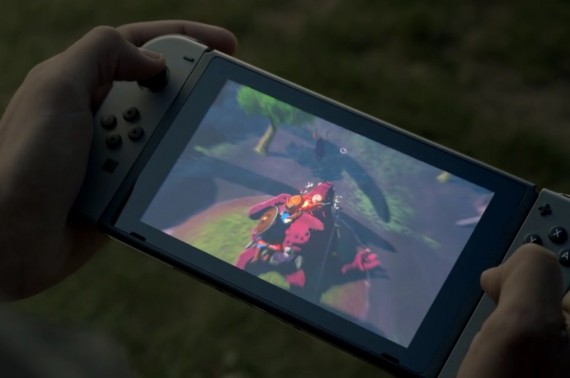 The Nintendo Switch is finally coming out in the market. Are you interested in buying it? Here are some of the most important things you need to know about this game console. (Photo : Nintendo/YouTube )

The livestream presentation of the Nintendo Switch in Japan has certainly revealed many things about this new hybrid console. But as a buyer and as a gamer, you still need pertinent information in a nutshell to help you decide if it is worth your money. This article will try to help you get to the core of this console so you can see if it is really a good buy.

What Type Of Game Console Is Nintendo Switch?

The Switch is a compact game console which means it is small. Nintendo has made it small so that you can take it with you if you want to, just like your smartphone where you can play Pokemon GO and other mobile games. The difference is: the switch offers more in terms of quality of graphics and the many titles that you can play in it. It has a screen similar to the size of a tablet.

Nintendo Switch Can Also Be Connected To Your TV

You can also use your TV screen to play the video games on the Switch. This console can be inserted in a docking station which enables you to play video games using your TV. You can then play video games on your couch using the wireless 'Joy-Con' controllers. This compact console also comes with a kickstand so that you can put it on a table top or any flat surface and from there, play video games.

How Much Is One Unit Of The Switch?

When Will The Nintendo Switch Be Available In The Market?

The Nintendo Switch will be sold in the market starting March 3, 2017. It will be sold simultaneously in the United States, Japan, Canada, Hong Kong, some major countries in Europe and other selected countries around the world. Just keep your eyes and ears open for related news if your country is not included in the list.

What Games Can You Play In Nintendo Switch?

If Used As A Hand-Held Device, How Long Will Its Battery Last?

Nintendo claims that the Switch can be used as a hand-held gaming console for more than six hours. But it also says that a lot will depend on what kind of video game you are playing. The company says that if you are playing The Legend of Zelda: Breath of the Wild, you can expect the device to last approximately three hours before it shuts off.

Final Fantasy XV Review: Why Do Gamers Love To Play This Video Game And Why Should You?

There are valid reasons why gamers love to play Final Fantasy XV. If you are not yet a fan, read this article to know the reasons why.

The latest DLC Patch of Gears of War 4 will bring in new maps, other features and most importantly, rage penalties.

WWE 2K17 Review: Why This Video Game Became A Hit Among Wrestling Fans

Many gamers love to play WWE 2K17 because of its many attractive features. Here are some of the reasons why a growing number of people relish playing this game.

Call Of Duty: WWII Will Not Be Coming To The Switch

Unfortunately, Call of Duty: WWII will not be coming to Nintendo Switch. Check out the full details here!

Nyko has created a cheap and ultra portable dock that Nintendo Switch owners will be truly grateful for.