Legalizing Cannabis Use Poses Health Concerns, Especially In Schizoprenia; According To Experts 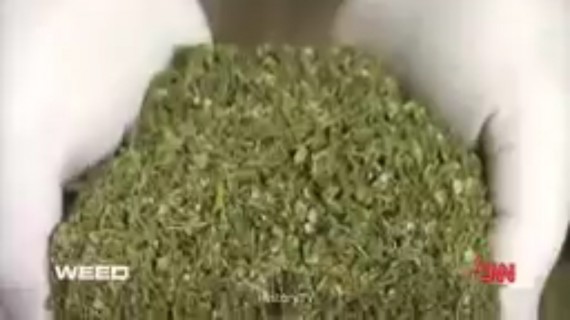 To date, an increasing number of states are approving the legalization of marijuana for medicinal purposes. However, new studies have proven that the claimed analgesic benefits of the drug may still pose contradicting effects making its use all the more controversial— specifically in the aspects of mental health. (Photo : HistoryTV/YouTube)

To date, an increasing number of states are approving the legalization of marijuana for medicinal purposes. However, new studies have proven that the claimed analgesic benefits of the drug may still pose contradicting effects making its use all the more controversial- specifically in the aspects of mental health.

Marijuana May Pose Health Risks To Patients With Schizophrenia

According to the recent report published by the National Academies of Sciences, Engineering, and Medicine, marijuana has proven beneficial results in alleviating pain. However, some studies show that marijuana may also present health risks especially in patients suffering from schizophrenia.

"There is substantial evidence of a statistical association between cannabis use and the development of schizophrenia or other psychoses, with the highest risk among the most frequent users," the study's conclusions for mental health reported. The study also presented further conclusions for evidence that prove its therapeutic claims.

Scientific experts are calling for national efforts to direct more attention to studies about marijuana and its other chemical counterparts- including cannabinoids which are similarly acting compounds. According to the National Academies of Sciences, Engineering and Medicine, the lack of scientific information "poses a public health risk." The group believes that health care professionals, policy makers, and the patients themselves need more reliable and consistent information to yield sound decisions and policies.

What are the factors that limit further research? The federal government may have released approval on some medicines with marijuana content however it still classifies marijuana as illegal- therefore still imposing heavy restrictions on research. It is further reported that federal focus has also limited its funding on studies that may cause potential harm- therefore impeding any possible research progress.

To date, the range of marijuana products available for study has been restricted, despite the government's efforts in expanding the number of its suppliers. With the information at hand, the National Academies of Science, Engineering, and Medicine can only do so much. They can "debunk some beliefs and raise a few warnings," but still further information is needed.

With this, the committee has come up with 100 conclusions about the controversial drug. Here are a few worth noting:

• "There is conclusive or substantial evidence that cannabis or cannabinoids are effective for the treatment of chronic pain in adults," according to the team led by Marie McCormick of the Harvard T.H. Chan School of Public Health.

• "There is moderate evidence that cannabis or cannabinoids are effective for improving short-term sleep outcomes in individuals with sleep disturbance associated with obstructive sleep apnea syndrome, fibromyalgia, chronic pain and multiple sclerosis."

• Research evidence proves that cannabis may pose increased risk in developing cases of schizophrenia as well as other psychoses and social anxiety disorders. It can also increase the risk of developing depression.

• Frequent users of marijuana have reportedly more likely to report suicidal thoughts. Heavy use has been further reported to worsen symptoms of bipolar disorder.

• Cannabis use has proven to cause learning, memory and attention impairment- further damage is caused even after using it.

• Increased risk of unemployment has also been observed in patients who use cannabis.

• Cannabis use can impair driving.

• Marijuana can increase the risk of developing testicular cancer.

• Evidence have also shown how smoking cannabis can worsen a bronchitis and chronic cough.

• Babies who are born to mothers who are addicted to marijuana smoking while pregnant can weigh below normal.

What Cannabis Can't Do:

• An evidence proves that smoking marijuana does not raise any risk for cancers caused by tobacco use--examples would be lung, head, or neck cancer.

• "There is moderate evidence of no statistical association between cannabis use and ... lung cancer (and) ... head and neck cancers" confirmed the report. Information does not confirm however if there is evidence about other cancers.

• A few pieces of evidence prove that cannabis does not have any benefits in cases of dementia.

• It is unknown whether smoking cannabis may worsen emphysema, asthma or chronic obstructive pulmonary diseases.

Marijuana use poses an urgent and pressing issue worldwide. In the U.S., legal use of cannabis for medical treatment has already been approved in 28 states including Washington, D.C. Furthermore, eight states in D.C. have legalized recreational use of marijuana as well as its other derivatives.

The report confirms that 22.2. million Americans raging 12 years and above said that they have used cannabis in the previous month. 90 percent of this population have admitted to using the drug recreationally.

Marijuana Wonders For Multiple Sclerosis: The Use Of Cannabis Sheds Light As It Offers Hope For Patients Inflicted With The Disease, How Is That Possible? Details, Inside

With the continuous emergence of Multiple Sclerosis cases being recorded, how far have experts gone to deplete the problem? What’s the truth behind new claims that the use of marijuana can actually help in lessening the impacts and gradually eradicate the said disease? Find out what health authorities have to say

Medical Marijuana: When It Will Be Accepted?

Voters approved the constitutional amendment in some states of US, but it could be months before the full effect is felt by willingly consumers who has no option to live under usual medication.

Marijuana Illness: What You Need To Know About Cannabinoid Hyperemesis Syndrome

Symptoms of CHS include intense vomiting and abdominal pain. Interestingly, taking hot showers or baths seem to be a remedy for those suffering from the mysterious illness.

Jerry Jones might have taken the drug policy in NFL to another level when he urges other owners to remove marijuana ban in the league.

Can You Get Schizophrenia From Cats? Scientists Reveal Answer

Past studies have suggested that cats can cause schizophrenia. However, a recent study says that the reason you're gong crazy might not be because you own a cat.

Researchers observed that people with schizophrenia smoke to alleviate the deficit symptoms. They suggest that nicotine may directly impact in restoring the brain's normal activity in people suffering from psychiatric disorders like schizophrenia.