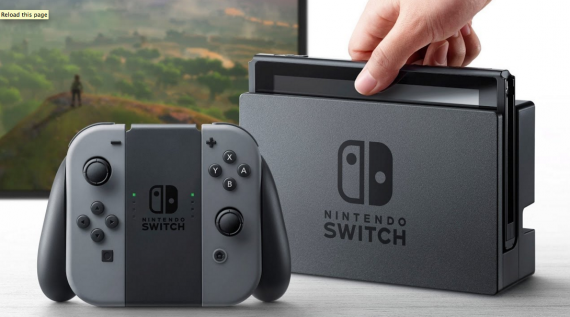 The company is planning to ship 2 million units of the Nintendo Switch worldwide at launch to prevent supply shortage. (Photo : IGN / YouTube Screenshot)

Nintendo is planning to ship a total of 2 million units of the Nintendo Switch worldwide to prevent the supply shortage like what happened in the NES Classic.

"We thought that the consumer that already had a Wii or a Wii U and had purchased those games once or twice or already, we didn't think they'd buy the NES Classic. And they did," Nintendo of America president Reggie Fils-Aime said.

According to Hot Hardware, a lot of Nintendo fans were very disappointed and downright angry when they were unable to get the NES Classic Edition game console in time for Christmas last year. Unfortunately, the supply fell way short of demand and while many of those gamers who did manage to get their hands on the retro console device, online stores such as eBay and Craigslist sell it at around a 400 percent markup.

"I know because I read the boards and I read the comments, that there is concern about supply. From what I’ve read, the concern seems to stem from the lack of ability to buy NES Classic," Fils-Aime said. "So what I would say is this: Two million for essentially the first month is a huge number, especially when you look and see that this is not peak seasonality. This is essentially the first three weeks of March Our focus is making sure that the consumer who wants to buy a Nintendo Switch can buy a Nintendo Switch," he added explaining the supply shortage issue on the Nintendo's NES Classic.

Fils-Aime assures that Nintendo will stick to its promise in supplying 2 million Nintendo Switch units on its launch, which should satisfy the initial demand. "We're working to make sure that the supply chain is robust and there is a steady flow of hardware," he said. "The one piece we can't anticipate is the demand side of the equation but certainly from a supply, we feel like we're going to be well-positioned."

At this point in time, as per WWG, it's hard to determined how high consumer demand is for the Nintendo Switch. Pre-orders have only very recently gone live, but unfortunately, they are currently sold out at Amazon and several local GameStops. As for my advice, if you really want to own a Nintendo Switch, standby and watch out for units so that you can place your pre-order as soon as you're able.

Nintendo Switch VS Wii U

"I would say the greatest challenge we had with the Wii U was being crystal clear in our communication of what the product was and what the product could do," Fils-Aime told USA Today on Friday.

Fils-Aime also said that when they first showed off the Wii U, it was misinterpreted that it was simply a table and not a unit device that can be connected to TV and can create 2-screen types of gaming experiences of any game. As per with Nintendo Switch, Nintendo is "very aggressive and clearly communicating the proposition that it’s a home console you can take on the go wherever and whenever you want… We’re working hard to make sure it’s going to be a success.”

Kalypso Media Group brings Warhammer 40,000: Mechanicus for Nintendo Switch this May 19, 2020. Find out where to get it and how much you have to pay in this article.