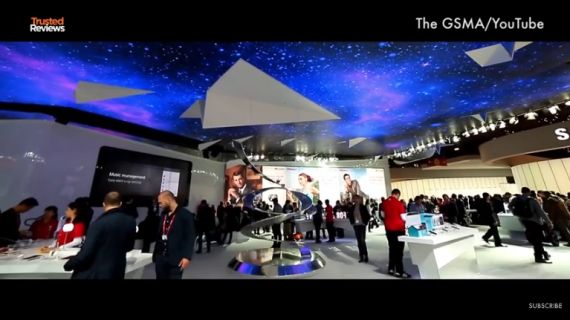 The Mobile World Congress has been a staple in the annual calendars of some of the biggest names in mobile and technology. This year, several handhelds are expected to debut at the event, which will be held in Barcelona from February 27 - March 2. (Photo : Trusted Reviews/YouTube)

Every since its inception, the Mobile World Congress has been the platform for tech companies to showcase, debut and demo some of their most exciting and innovative releases for the year. MWC 2017 is expected to be no different, as some of the biggest names in tech - including Nokia, LG, Samsung, BlackBerry and Huawei - are expected to be in attendance. The annual event will kick off in Barcelona on February 27.

As noted by NDTV Gadgets, Nokia will be releasing a new smartphone care of HMD Global, a company that has the rights to do so. The company will be hosting an event at MWC 2017, which has led many publications to assume that a flagship that runs on Android will be unveiled.

At this point, nothing is official about the upcoming unit, but it is estimated to come powered by the latest Qualcomm Snapdragon 835 processor. It is also expected to run on an astonishing 6GB of RAM, which will be optimized by the Android 7.0 Nougat operating system. The unit, which will have either a 5.2 inch or 5.5-inch touchscreen will sport a 23-megapixel camera with Zeiss optics.

Meanwhile, LG is expected to release the LG G6, which will be its latest flagship without a modular design. The company has made it publicly known that it is not going to drop the modular approach altogether. More than likely, the tech company is simply putting another offering to the public.

The LG G6 is expected to arrive with the Qualcomm Snapdragon 835 processor, as well as 6GB of RAM and Quick Charge support for its removable battery. It will be a relatively large phone, as the publication notes a 5.7-inch screen. The company has also teased the possibility of water-resistant features.

PC Authority adds that MWC 2017 might be where the public first gets its look at the Samsung Galaxy S8. The unit will be the Korean tech giant's first entry after the debacle with the Galaxy Note 7, so there is a lot of pressure to release a monster device that is both safe and effective. With the leaked photos and estimate specs, it does not look like the upcoming flagship will be a disappointment.

The device is expected to arrive powered by the Qualcomm Snapdragon 835 processor as well, along with 6GB or 8GB of RAM. It is estimated to sport a 5.7-inch screen, which will have a 1440 x 2560 pixel resolution. The battery - which might be where Samsung is most careful - might be a non-removable Li-Ion battery. However, it is also possible that the tech giant will hold its own event to unveil the Galaxy S8.

This week has seen a lot of news on the upcoming BlackBerry Mercury, as it was first teased at CES 2017 earlier this month. With MWC 2017 coming in a few short months, BlackBerry is ready for its comeback. The upcoming flagship will sport the company's iconic QWERTY keyboard with some new technology that will pick up swipes made over the same.

In addition, it will have a USB Type-C port for charging and will run on Android 7.0 Nougat. The handheld will run on 3GB of RAM, 32GB of storage, a 3400 mAh battery, an 18-megapixel rear camera and an 8-megapixel front camera - all underneath a 4.5-inch screen. The BlackBerry Mercury will also be the last handheld that is fully designed and engineered by the company.

The Huawei P10 is also expected to make an appearance at MWC 2017. Not a lot is known about the smartphone, though it is speculated that the device will accommodate wireless charging. Furthermore, it is expected to have a 5.5-inch screen, a dual lens rear camera and 6GB of RAM. But unlike most of its competitors, it is likely to have a Kirin processor.

The upcoming flagship from Xiaomi, the Mi 6, is going to be bigger and better than the current generation, as the company introduces a new design and more powerful specifications.