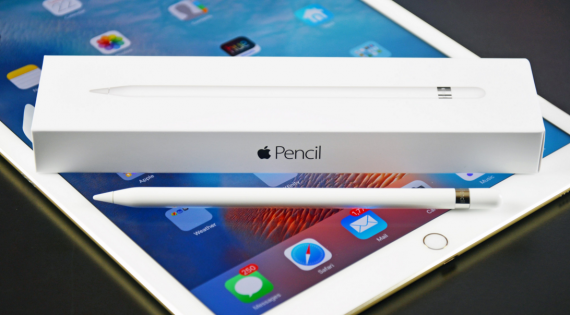 Apple may be planning to introduce a second-generation Apple Pencil this year along with its upcoming iPhone 8 or iPad Pro. (Photo : DetroitBORG / YouTube Screenshot)

The new rumored Apple Pencil could be unveiled at an event to take place somewhere in March, where it would be shown off along with the next-generation iPhone 8 or iPad Pro.

Apple Pencil Rumored To Unveil On March Of 2017

Apple is rumored to be planning to introduce a second-generation Apple Pencil this year somewhere in March. This report is according to rumors out of the Asian supply chain. The new Apple Pencil is to be unveiled at an event to take place in March and alongside with the either the next-generation iPhone 8 or iPad Pro.

As reported by MacRumors, the prospective features for a second-generation Apple Pencil aren't known yet, but a previous report has suggested that Apple is considering a new iPad capabilities that would let the Apple Pencil work in a larger range of application, which could be introduced alongside the new accessory.

The next Apple Pencil is so-called as "Apple Pencil 2" that will arrive this spring. According to Apple Insider, the Apple Pencil 2 will feature a new magnetic system that will allow the pencil to temporarily attach to a gadget such as the Apple iPad. This would enable all users to place the Apple Pencil on to the iPad securely when not in use, allowing it to attach magnetically just like in the iPad Smart Cover.

Apple Inc. has already filed patents that showed interest in allowing users to attach the Apple Pencil to the bezel or side of an iPad using magnets. Remember that Apple acquired in September last year where you can attach an Apple Pencil to an iPad using the magnet like system attached the original Apple iPad Smart Case that covers the display such as the Moxiware Apple Pencil Magnet.

Though the design of the existing Apple Pencil is to not roll away on a table, there's still not an ideal place to put it when it's not in use, especially when is being used on your lap or while you are standing. Moxiware's new Apple Pencil Magnet aims to fix that issue with a simple and affordable accessory, though its aesthetics may not be for all users.

In addition to the said feature, Wednesday's report suggested that the rumored Apple Pencil 2 could also include a standard pen clip which allows users to literally clip the Apple Pencil to their pocket, shirt or even on papers for more easy access. Clips are commonly found on pens that prevent them from rolling away on a table or desk.

As of now, we don't yet have any concrete information on what could potentially be included in a second-generation Apple Pencil which is rumored to be called as the "Apple Pencil 2." Given the major changes expected to be introduced to the Apple iPad Pro lineup, it makes some sense for Apple to unveil an updated pencil accessory, too.

The Apple Pencil first launched in the fall of 2015 alongside the 12.9-inch iPad Pro, and support was later added by the debut of the 9.7-inch iPad Pro in the spring of 2016. Both models are expected to be updated this spring, which would make an opportune time to debut the second-generation Apple Pencil as well.