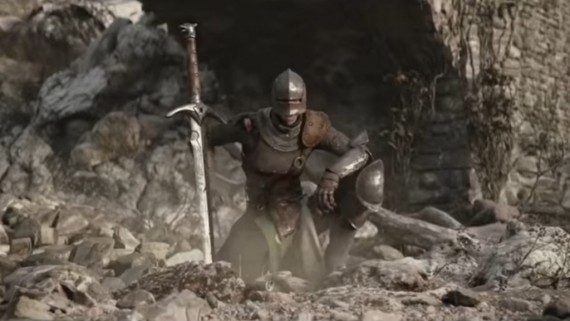 Ubisoft has announced the last details for the upcoming closed beta for "For Honor". Read on for the final details and find out how to sign up before the beta starts. (Photo : GameNewsOfficial/YouTube)

“For Honor” has been taking the spotlight from other games lately and it is no surprise with the promising trailers it has been revealing recently. The highly awaited closed beta testing for the said game will be launched soon and it seems like a full scaled version already. The details on the up and coming beta for “For Honor” has been revealed and it involves not just additional classes.

Ubisoft has finally released the final and full details of the upcoming beta version of “For Honor”, which will be kicking off next week. The beta promises a wide array of features from the game, which is actually too good to be true. The said beta will include more classes to choose from, more multiplayer modes to try on, and three new maps where the battles will ensue.

“For Honor” features three factions, namely the Knights, the Vikings, and the Samurai, and these all have different classes, which are referred to as heroes in this game. The beta will unlock and make available nine heroes for players to choose from, with three heroes coming from each faction. There are originally 12 heroes in the game and the rest will be accessible in the full official game.

For the beta, players will able to play the Berserker, Raider, or the Warlord from the bloodthirsty Viking faction. As for the loyal Knights faction, players get to choose Conqueror, Peacekeeper, or Warden. Last but not the least, the beta will unlock the heroes Kensei, Nobushi, and Orochi for the swift Samurai faction.

The heroes Raider, Warden, and Kensei have already been featured in a series of trailers launched through SCARS that depicts the backgrounds of the factions in “For Honor”. Ubisoft established an interactive website called SCARS that tells the stories of each faction, delving on more history and the objective of each class. The said site is also a way to obtain a beta code aside from getting one through an invite from the official portal of Ubisoft for “For Honor”.

Moreover, these nine heroes can be put to test in various multiplayer modes that will be unlocked for the beta. Out of the five in-game multiplayer approaches, only three players versus player (PvP) modes will be set out for the beta and it will include four players versus four players (4v4), two players versus two players (2v2), and the challenging duel of one player versus one player (1v1). Though Ubisoft has kept in the dark what makes the heroes different from each other despite some grouped under one faction, it all be revealed in the beta gameplay.

In addition to all the aforementioned features that will be out in the beta version of “For Honor”, the game will introduce three new maps, which will most likely be Myre, Ashfeld, and Valkenheim—the respective territories of the Samurai, Knights, and Vikings. The maps will have six various playable environments where the bloodshed between the three factions can take place. The closed beta of “For Honor” will run from Jan. 26 to 29 and will be made available on PlayStation 4, Xbox One, and the Microsoft Windows. Few weeks later, “For Honor” will finally grace the stores with its official worldwide release on Feb. 14 this year.

Ubisoft will be holding a closed beta test for "For Honor" soon. Find out how to register and what freebies you'll get once taking part in the beta.

The latest and third challenge for "Watch Dogs" T-Bone Chaos Event has just been released. Watch the video trailer and read on for more details.

The producers of "Mass Effect: Andromeda" has revealed more details on the in-game relationships that players can get into. Read on to find out what was revealed.

Ubisoft's Skull And Bones To Arrive With Narrative Campaign

Ubisoft just recently confirmed that Skulls and Bones will offer a narrative campaign. Check out the complete details here.