‘Facebook Depression’ Poses A Health Risk To 1.79 Billion Active Users; According To Research 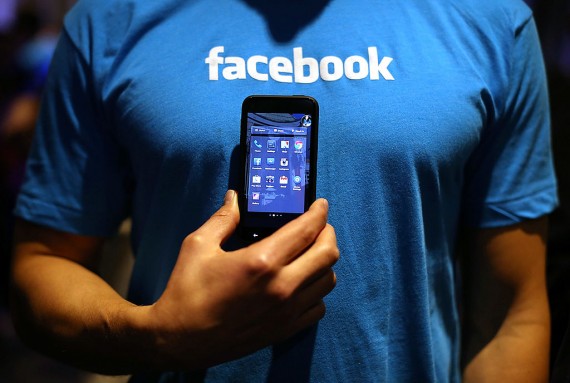 MENLO PARK, CA - APRIL 04: A Facebook employee holds a phone that is running the new 'Home' program during an event at Facebook headquarters during an event at Facebook headquarters on April 4, 2013 in Menlo Park, California. Facebook CEO Mark Zuckerberg announced a new product for Android called Facebook Home as well as the new HTC First phone that will feature the new software. (Photo : (Photo by Justin Sullivan/Getty Images))

With 1.79 billion active users, Facebook has proven to us the power the lies in social media. The sudden rise of Facebook fame has prompted some scientists to assess its effects on its many users. Results confirmed that the popular social platform has been linked to depression-a condition characterized by withdrawal and social isolation.

"Depression that develops when preteens and teens spend a great deal of time on social media sites, such as Facebook, and then begin to exhibit classic symptoms of depression," as defined by The American Academy of Pediatrics (AAP). AAP initially proposed the link of depression to Facebook in 2011.

A few criticisms have been received by AAP arguing the lack of evidence of their claims. However, previous research have clearly shown links between Facebook and other mental health issues like low self-esteem, jealousy, and depression. Among the many factors involved in Facebook use, "social comparison" may be the most relevant.

Regular Facebook users are exposed to the "glossy showreel" of the lives of family, friends and acquaintances. Facebook highlights the ideal aspects of the daily lives of their friends. This may then trigger feelings of envy, self-pity and even a distorted belief that other may be leaving happier and more successful lives.

Further, study evidences confirm that some people have the tendency to develop depression when exposed to the use of technology for longer periods. This may also cause the to detach from their actual lives.

Lancaster University in the United Kingdom conducted a systematic review of literatures that establish links of social media and networking sites to depression.

The group collected a total of 799 articles- of which, 30 articles fit the inclusion criteria of the review. The findings revealed that 16% of the studies finds a link between depression and social networking. Six percent confirm that social networks do not cause depression, even causing a positive effect on the individual's mental health. 13 percent confirmed there is not significant link.

The findings of the review suggest that a complex relationship exists between social networking and depression. According to the researchers, social comparison served as the trigger in cases when a significant association between social networking and depression is identified. According to the findings, comparing oneself to others can lead to "rumination" or overthinking. These results have been published in the Cyberpsychology, Behavior, and Social Networking journal.

The tendency to compare oneself to other is triggered when using Facebook. It has caused depression by making the person overthink. Frequent posting in Facebook was also linked to depression for similar reasons. The quality, type, and frequency of interaction in social networking have also been considered important factors that may greatly impact mood and overall mental health status.

An Act Of Appreciation Makes A Happy Person

Things always happen to us on,” or “Why am I so unlucky?” Success isn’t just any amount of money; it’s, are you happy—are you living a happy life?

Working For Toxic Bosses May Affect One's Mental Health; Find Out Why

There is a science proving that working in a toxic environment with a toxic boss could indeed affect the employee's mental health and could lead to depression or signs of bullying.

Worrying can be helpful when it ignites passion to take action and solve a problem immediately. But if you’re preoccupied with “what ifs” and worst-case scenarios, worry becomes a problem and the problem becomes your anxiety.