Julian Assange Will Finally Turn Himself To US Extradition: Could This Be The End Of WikiLeaks? 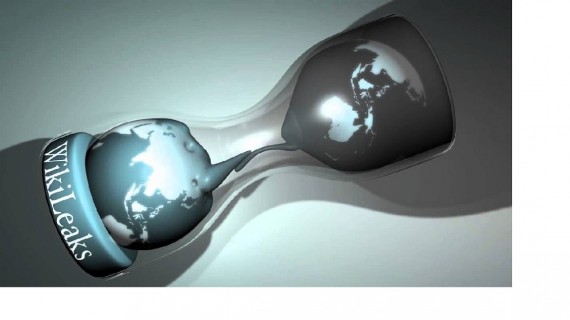 Although this is a situation whose main characters are Barack Obama, Chelsea Manning and WikiLeaks´ Julian Assange, president Donald Trump will play a major role as Assange's extradition might be made next year.<br /> (Photo : Jens Isensee/YouTube)

Earlier this week, WikiLeaks´ leader Julian Assange offered to turn himself to a U.S. extradition if the former president Barack Obama grant clemency to the American soldier Chelsea Manning, who has been sentenced to 35 years in prison in 2013, for providing the whistleblower organization classified information about the U.S. military actions in Iraq and Afghanistan.

Although the White House explained that it was unlikely that Obama will make this step, the Democrat ended up granting clemency to the former soldier and reduces her sentence to the point in which she could get out of the prison in May next year. At that precise moment, in addition to the relieve for a decision that needed to be done for humanitarian reasons, the eyes of the world was on Assange once again, given the fact that Obama made what he asked.

Naturally, many believe that Assange would not accomplish his part of the deal, not only because of the fact that turning himself to a U.S. extradition is something that could end up in a similar sentence as the one that Manning suffered but also because no one expected that Obama would grant the clemency.

However, what it seems as the most surprising and unexpected move, is that Julian Assange finally agreed to the extradition, explaining this would take place once Manning is finally free. Even when this action won´t be taking place right now, it remains unknown which could be Julian Assange´s reasons behind this move, given the fact that he fled to the Ecuadorean embassy in 2012 to avoid extradition from Sweden -a nation in which he has been accused of sexual assault- since he believes that he would be sent to the U.S.to face charges.

Asked about this particular decision, considering that there´s no extradition order from the U.S., Assange explained that both British and American officials refused to tell his lawyers whether there was a sealed indictment or a sealed extradition order against him. In short, there wasn't any explanation about a decision that everyone saw as impossible just a week ago, the accusations that WikiLeaks received from the U.S. intelligence agencies, revealing that the organization worked along with Russian hackers aligned to Russia´s government, in order to get president Donald Trump elected.

WikiLeaks Outcome Will Be Decided By President Donald Trump

Given this situation, if you ask yourself if this could be the end of WikiLeaks, you may also ask why Assange is making this decision right now, when there´s not official extradition request from the U.S., and just when Barack Obama was in the last days of his administration. Apparently, Donald Trump appears as the cornerstone of an unexpected puzzle.

When Assange was asked about president Trump, he stated that even when he´s not agreeing with everything Trump´s says, he considers that the Republican has been demonized by the press. Also, when he was asked whether he would receive a different treatment from Trump´s Department of Justice, Assange said that this was something that remains to be seen.

Getting to this point, what seems as another important piece of this puzzle is the 25-page report made by the U.S. intelligence agencies, in which it was revealed that WikiLeaks source during the presidential election were Russian hackers aligned with Vladimir Putin´s regime. In short, Julian Assange can easily be considered as a Kremlin´s pawn, Donald Trump has a great relationship with Putin, and WikiLeaks helped him during the presidential elections by publishing harmful material of his rival, to the point in which he publicly encouraged the organization to keep doing it.

The only scenario that this picture suggests is that WikiLeaks´ outcome is going to be decided by Trump next year, which is also going to be some kind of indirect proof about his involvement with the whistleblower organization and with Russia, considering that they helped him getting elected.

If Julian Assange is sentenced to jail, just as Chelsea Manning, it would be the most rational decision, but if he´s not, it would be controversial that many people will see it as the confirmation of a new geopolitical order. In short, WiiLeaks' future depends on a single decision. Nevertheless, it is unlikely that Assange puts himself in such a delicate position without already knowing which is going to be Trump´s action on this issue.