What Will Happen To The Wii U After The Nintendo Switch Launch? 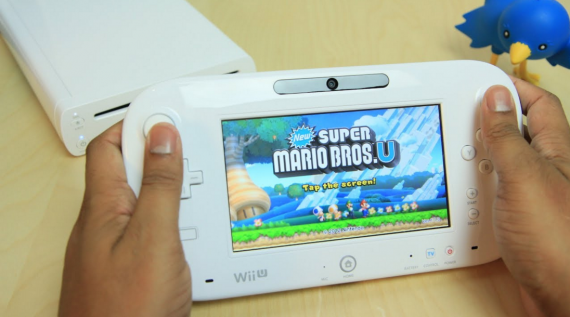 Will the Nintendo Switch surpass the flop that was the Wii U? (Photo : Soldier Knows Best/YouTube)

The set launch of the most awaited Nintendo Switch game console is just a little over a month. Since it is fast approaching, many gamers and critics are left wondering what the future holds for the Nintendo's most recent console, the Wii U. According to a representative from Nintendo, the word "future" probably doesn't belong to Wii U.

Farewell To You, Wii U

Many people have been saying that the Nintendo's Wii U is already dead. While that topic was debatable in the past months, Nintendo of America President Reggie Fils-Aime has put in a final word on the matter. In his interview with Polygon, Fils-Aime stated that the existing game console Wii U is basically finished.

From a first-party standpoint, there's no new development coming after the launch of The Legend of Zelda: Breath of the Wild. We really are at the end of life for Wii U.

Fils-Aime also said that all Wii U titles will continue to be sold at its confirmed retail stores and even on the Nintendo eShop. The company had not begun any discussion for sunsetting any online services for the said console.

From our standpoint, sunsetting is quite some time into the future. The ongoing activity from an online standpoint on [Mario] Kart and Splatoon is significant. We're going to continue to support that.

The life of Wii U was not that short, especially in the game world. It was launched on Nov. 18, 2012, and Nintendo’s console never caught on with consumers like its Wii predecessor. Only 13.36 million units had sold as of Sept. 2016, according to the reports of Nintendo earnings. Fils-Aime said the company has taken lessons from that console in its launch of the Nintendo Switch.

Nintendo Switch Will Leave Wii U Features Behind

According to CinemaBlend, the new Zelda game was a big reason why people eventually picked up a Wii U and it will not be a surprise that Nintendo has stayed committed to that rather than to a new game console.

There are plenty of features Nintendo appears to be pivoting away from as it prepares to enter a new generation of gaming. Follow along for everything that Nintendo seems to be leaving curbside to make room for everything the game console Switch has to offer.

According to Polygon, the Nintendo Switch will use cartridges instead of the traditional discs. The Nintendo Switch uses game cards that are unique to the console itself, meaning, it won’t be compatible with any cartridge-based Nintendo platform that came before it. Many are saying that perhaps it is a smart move for the part Nintendo to move away from the disc-based format and use the cartridges.

The Nintendo Switch won’t play nicely with Wii and Wii U consoles’ peripherals. The Switch has its own controller's which can come in a variety of colors. They’re intriguing enough that you may not miss the Wii U GamePad, and the Joy-Con borrows and refines much of the Wiimote’s motion-based functionality. Both the Wii and Wii U support their predecessors’ peripherals, I don't know why Nintendo decided Switch not to be like this.

The Wii, DS, 3DS and Wii U each had online multiplayer offerings, and none of them cost a cent. However, the Nintendo Switch will have online features of its own, but gamers will be the charge for its service. As of now, no exact cost the gamers must pay in order to gain access to online lobbies, voice chat, and some other perks, but that it is sure that there will be a certain price to pay in all shows that Nintendo is looking toward its competitors for ideas.

We still have many questions about what the most awaited Nintendo Switch does or does not do. Regarding this, will certainly know more on March 3, when the system unit is available worldwide.

Kalypso Media Group brings Warhammer 40,000: Mechanicus for Nintendo Switch this May 19, 2020. Find out where to get it and how much you have to pay in this article.