Nokia 6 vs Google Android One: Battle Of Budget Smartphones 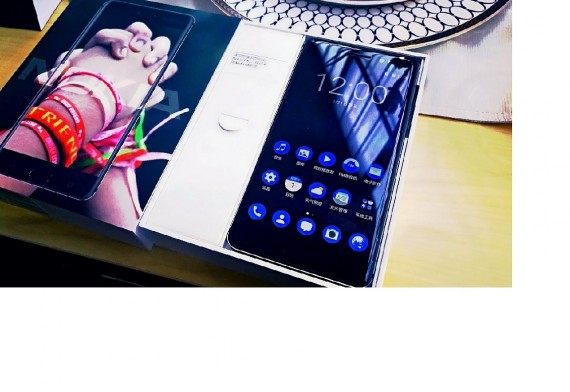 Although both the Nokia 6 and the Google Android One has already showed its greatness, only the Google budget smartphone is expected to arrive to the American market this year. (Photo : TechDroider/YouTube)

Of all the budget smartphones that have been released in 2017, two of the most incredible are the Nokia 6 and the Google Android One, given the fact that both of these devices already succeeded on their respective markets. Given this situation, here´s a little comparison in order to know which could be the best low-priced smartphone this year.

Nokia 6 vs Google Android One: Specs And Features

Although it is not known which could be the specs and features of the Google Android One mobile devices that is going to be released in the U.S, it is believed that it could be practically the same as the handsets that can be found in the nations where it exists. This means that this budget smartphone will feature 4GB of storage and 1GB of RAM, including a microSD card slot up to 32GB. Also, the Google Android One might be equipped with 1.3GHz MediaTek quad-core processors, 4.5-inch screens, 5MP rear cameras, 2MP front cameras, 4.5-inch screens, 854 x 480 pixel displays and 1700 mAh batteries.

On its part, the Nokia 6 sports a 5.5-inch FHD IPS Display, 16MP rear camera with dual Tone LED Flash, an 8MP front camera, 4GB LPDDR3 RAM with 64GB ROM, and a 1.2 GHz Snapdragon 430 octa-core processor. Nevertheless, the most incredible detail of this budget smartphone is the fact that it wears a 3000 mAh battery, which is quite impressive for a mobile device of this kind.

Considering that both the Nokia 6 and the Google Android One are really similar on the specs and features, this kind of battle to know which one is the best, usually ends up being decided by little details, as the customers' expectations about these mobile devices. Yeah, we´re talking about things as the brand popularity and how it has managed to produce great products in recent times.

On one hand , we have Google with the Android One, and in addition to the fact that these mobile devices has been quite popular in almost every single nation in which it has been released, the search giant´s reputation is so great that it could achieve success with almost every single product that wants to release, which is the weapon that a company could have in order to make a big hit in the market.

On the other hand, the Nokia 6 is the latest smartphone from the famous Finnish company, which wants to recover its old importance in 2017, by creating mobile devices that fits with the latest trends. Although recent years has been framed by the inexistence, there´s nothing more powerful than a new old brand with outstanding reputation.

Nokia 6 vs Google Android One: Price

Believe it or not, the price is also extremely important in budget smartphones, considering that the cost that you have to pay usually varies according to the specs and features of a determined mobile device of this kind. Naturally, both the Google Android One and the Nokia 6 are characterized for having great prices.

Although it hasn't been released on the U.S., the Android One is expected to be priced at $200 or $300, which is quite an affordable cost or anyone who wants to have a great smartphone that combines good performance and decent features. Nevertheless, many believes that it could be a little be expensive, considering that there are other as the OnePlus 3, that costs a little more, but offers more quality.

On the other hand, the thing about Nokia 6 that has only been released in China, and no one knows if it could actually be extended to other countries in the world. Nevertheless, in this important market, this budget smartphone can be purchased at $247, which is quite an expensive price for a mobile device that wants to recover the confidence in the customers.

Is The White Version Of Xiaomi Mi MIX Only Available In China?

Although the white Xiaomi Mi MIX will be available for purchase only in China, it remains unknown if the company will decide to release it eventually at any other market around the world.